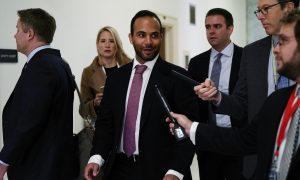 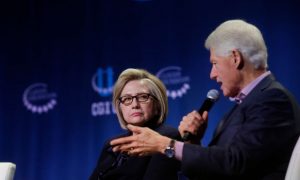 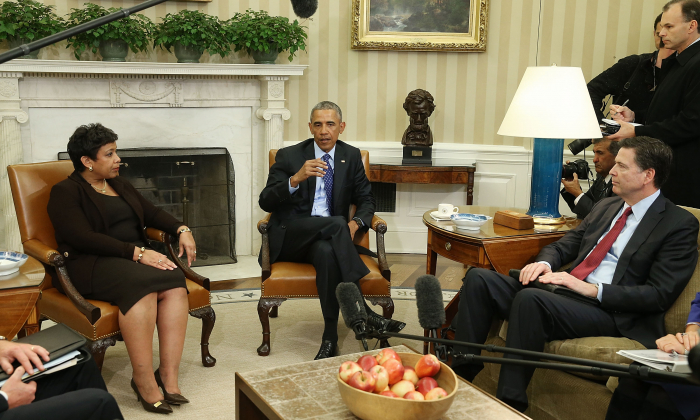 The Justice Department (DOJ) under President Barack Obama treated Hillary Clinton and Donald Trump differently in 2016 and 2017, according to the summary of a yearlong investigation by House Republicans released Dec. 28.

While the DOJ potentially abused foreign intelligence surveillance powers to target a Trump presidential campaign associate, its investigation of Clinton “was over before it began,” according to a summary released by the House Judiciary Committee.

In 2016, the FBI investigated Clinton for her use of an unauthorized private email server and her mishandling of classified information, and Trump for alleged collusion between his campaign associates and Russia. The bureau took unprecedented steps in both investigations that appear to have been lenient on Clinton and overly harsh to Trump.

Among several examples, the defense counsel in the Clinton case was informed of the questions investigators planned to ask witnesses. Clinton also was allowed, in an unprecedented move, to have counsels present for her interview who were also fact witnesses in the case. In contrast, the FBI circumvented the White House counsel and the DOJ before interviewing General Michael Flynn and discouraged him from having an attorney present.

After a yearlong investigation, the lawmakers were unable to determine if a proper investigation of the Clinton-email case would result in a prosecutable case. In a letter (pdf) summarizing the findings of the probe, Rep. Bob Goodlatte (R-Va.) and Rep. Trey Gowdy (R-S.C.) wrote that the FBI and DOJ worked in a manner that would ultimately conceal the truth from subsequent scrutiny.

“What we can say with confidence is the manner in which this investigation was conducted ensures we may never know the answers to these seminal questions,” Goodlatte and Gowdy wrote.

The House probe concluded that there was no unanimity at the FBI regarding the decision as to whether to bring criminal charges against Clinton. Then-FBI General Counsel James Baker told investigators he initially believed there was enough evidence to bring a case. Other witnesses told investigators that the decision to not charge Clinton was not unanimous. This finding is contrary to the exoneration statement made in 2016 by then-FBI Director James Comey, who said that “no reasonable prosecutor” would press charges against Clinton.

The probe also determined that investigators in the Clinton-email case interpreted the gross-negligence statue to include elements “which plainly do not exist in the text of the statute.” As a result, the FBI agents assigned to the case determined that proof of knowledge and intent would be required to bring criminal charges, even though the statute for gross negligence carries no such requirement, Goodlatte and Gowdy wrote in the letter addressed to Acting Attorney General Matt Whitaker, Senate Majority Leader Mitch McConnell, and Justice Department Inspector General Michael Horowitz.

“Equally troubling, there is little to no evidence investigators made any effort to identify evidence that could have addressed the very elements they believed were missing,” Goodlatte and Gowdy, the respective chairs of the House Judiciary and Government Reform and Oversight committees, wrote.

“There is no indication those questions were even asked of witnesses that would have potentially had access to the Secretary’s state of mind and no evidence she herself was asked to address questions centered on consciousness of guilt and criminal intent.”

The unequal treatment of Trump and Clinton by the DOJ and FBI is coupled with an intense bias against Trump and in favor of Clinton expressed by several FBI officials involved in the investigations. FBI officials Peter Strzok and Lisa Page exchanged messages calling Trump an “idiot,” rooting for Clinton to win, and discussing an “insurance policy” in case Clinton lost.

“Director Comey himself stated, had he known of their bias, he never would have allowed them to serve on the investigative team,” Goodlatte said in a statement. “Nevertheless, both Strzok and Page served on the Clinton email and Russia investigations, with Strzok playing a leading role.”

House Republicans last October started investigating actions taken and not taken by the FBI and DOJ during the 2016 election. Lawmakers interviewed key players from that period, including Comey, then-Attorney General Loretta Lynch, Strzok, Page, and Baker.

In March this year, judiciary and oversight committee Republicans learned enough about what transpired during the 2016 election to call on then-Attorney General Jeff Session to appoint a second special counsel. Sessions declined and appointed U.S. Attorney John Huber to investigate the allegations. Now, nine months later, Goodlatte and Gowdy still believe a second special counsel should be appointed and are calling on Whitaker to do so. They are also calling for an investigation of potential Foreign Intelligence Surveillance Act (FISA) abuses, specifically surrounding the application to surveil Trump-campaign associate Carter Page.

The FBI surveilled Page for a year based on a FISA warrant obtained through a secret court in October 2016 along with three renewal warrants. The applications for the warrants used the infamous Steele dossier as the core of the evidence alleging Page was a Russian agent. The dossier has since been almost entirely debunked and none of its claims are verified.

The Clinton campaign and the Democratic National Committee paid for the dossier through a law firm. Christopher Steele, a former British spy, used second- and third-hand sources with ties to the Kremlin to compile it. Steele revealed in British court filings, which recently became public, that he was hired to create a document which the Clinton campaign could use to “challenge the validity” of the 2016 election.

“The decisions made by the DOJ and FBI in 2016 and 2017 should concern all Americans, regardless of political ideology,” Goodlatte said in a statement. “I am grateful to our Senate colleagues for vowing to pick up where we left off with this investigation in the new year.”

Several high ranking FBI officials resigned or were fired as a result of the misconduct uncovered during the House probe, including Strzok and former-FBI Deputy Director Andrew McCabe.