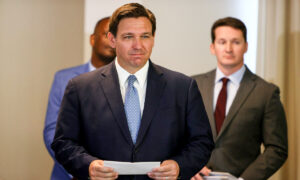 Florida Now Has One of the Lowest COVID-19 Rates in the US: Governor
0
Share Now
TelegramFacebookTweetEmailTellMeWeReddit
Copy Link 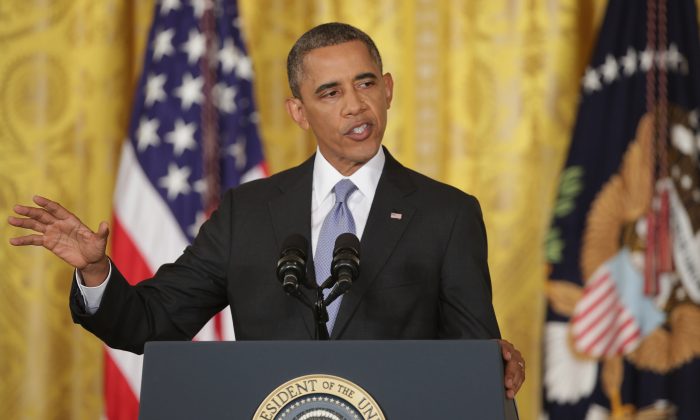 U.S. President Barack Obama answers reporters' questions during a news conference in the East Room of the White House August 9, 2013 in Washington, DC. Obama began the news conference by announcing the release of new details about the National Security Agency's surveillance programs while outlining steps to protect Americans' privacy and civil liberties. (Photo by Chip Somodevilla/Getty Images)
US

Obama on Dishes: Obama Says ‘I don’t do the dishes that much’ in the White House

President Barack Obama during an August 9 press conference answered a question about National Security Agency surveillance with a remark about how he doesn’t do the dishes.

Obama was asked about the surveillance programs and in response he talked about whether his wife would trust whether he did the dishes correctly.

“Now granted, in the White House, I don’t do the dishes that much,” he said.

People on Twitter following the press conference didn’t take kindly to his remark.

“Does White House plan analogies Obama uses at pressers? iPads, doing the dishes, Putin being the ‘bored kid,'” said Judy Kurtz, a reporter from the Hill.

“This is not Obama’s shining hour. Dishes? Lowest of lowest common denominator. Who’d a thunk? What a disappointing performance,” said Sandra, @LVview.

“Obama talks about doing the dishes for Michelle to reassure Americans about NSA!” said Anne Penketh.

Obama held the press conference to announce the release of new details regarding the surveillance programs.

[View the story “Obama on Washing Dishes: Reactions” on Storify]