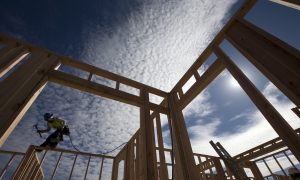 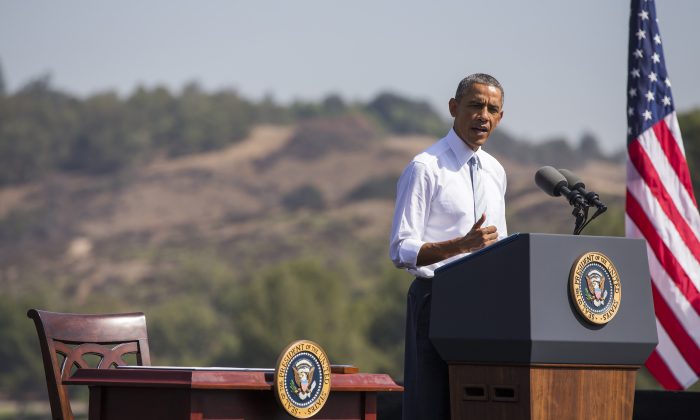 The nearly 347,000 acres of the new San Gabriel Mountains National Monument overlays about half of the Angeles National Forest. Making it a national monument would provide more resources and protection to an area visited by over four million people each year.

“We heard from the community that for a lot of urban families, this is their only big outdoor space,” said Obama. “Too many children in L.A. County, especially children of color, don’t have access to parks where they can run free and breathe fresh air.”

The San Gabriel watershed provides about a third of Los Angeles County’s water, while the forest provides most of the county’s wilderness. The new designation would protect the area indefinitely, and would ensure that the natural resources are managed in a consistent and conservation-minded way to protect them for future generations.

Representative Judy Chu, whose district includes much of the monument, has been working to gain additional resources for the area for years.

“It will bring in more resources from the federal government, but also it will bring in a public/private partnership where non-profits and organizations can donate to this,” she said.

Chu said the mountains, which see heavy recreational use every year, have not been adequately funded as one the country’s 154 national forests. Graffiti and trash litter the wilderness. Trails have become dangerous and don’t have proper signage.

Although the area will remain under the management of the National Forest Service, the new designation is expected to provide many new avenues of funding.

Already the National Forest Foundation has committed $3 million and several foundations are working to establish a $500 thousand San Gabriel partnership fund. The National Forest Service has also pledged more than a million dollars to increase educational staff and improve the picnic areas and trails.

The new funding will go towards installing new restrooms, parking areas, signs, and educational features. Additional rangers will also be hired to greet and assist visitors.

But some locals are concerned about additional restrictions that would come with the new monument designation.

Protesters lined the streets near the president’s address on Friday, expressing their concerns about their private property rights, response time to wild fires, flood control, and limited public access in the region.

L.A. County Supervisor for the fifth district, Michael D. Antonovich, requested a report on the potential negative impacts after community leaders contacted him with concerns.

“Congresswoman Chu and the President are bypassing stakeholders by rushing this Monument designation,” said Antonovich. “This should be tabled until the Monument Designations Management Plan has been finalized and vetted with the community and impacted agencies.”

While a national monument designation can be made by the President without Congress’s approval, the Land Management Plan has to include community input.

According to the website of the San Gabriel Mountains Forever organization, the monument designation would not infringe on personal property, water, or grazing rights and would not limit public access.

The national monument will exclude certain heavily trafficked areas of the San Gabriel Mountains, such as the popular ski locations of Mt. Baldy and Echo Mountain to calm fears that it would hurt the area financially.

Presidents have the authority under the 1906 Antiquities Act to declare a national monument on federal lands if they hold unique historic or scientific value.

This monument will be the 13th national monument Obama has created or expanded, bringing the total area to more than 260 million acres of land and water, almost three times more than any other president.