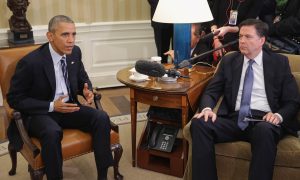 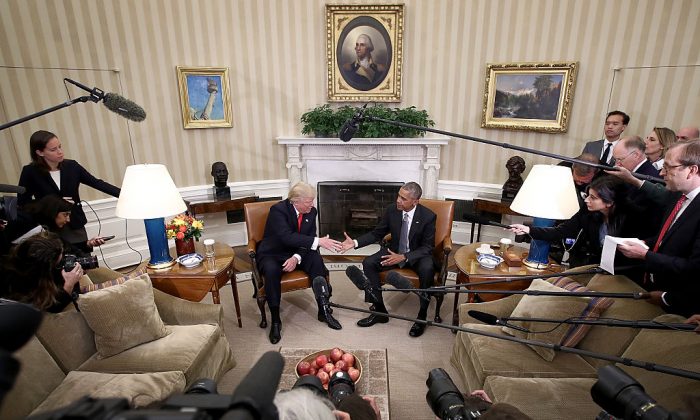 In the aftermath of the 2016 general election, then President Obama had considered the loss of Hillary Clinton to Donald Trump as a “personal insult” by the American people, according to new updates to a book published in 2017, as first reported by the Daily Mail.

New York Times correspondent Peter Baker’s book, “Obama: The Call of History” marketed itself as “The inside story of the 44th president” and according to new updates to the book, Obama was “shocked” by the election results and felt the American people had turned on him and against his political legacy, reported the Washington Examiner.

According to the Dail Mail, the book states that “Obama may not have been on the ballot, but it was hard not to see the vote as a ‘personal insult,’ as he had called it.” Baker writes that Obama believed his legacy “was in safe hands” but became frustrated on the evening of Nov. 8, by what he referred to as Hillary Clinton’s “soulless” campaign and after losing the election, Clinton apologized to Obama, saying: “I’m sorry for letting you down.”

Baker writes that: “to Obama … [s]he was the one who could not translate his strong record and healthy economy into a winning message.” Baker also writes about Obama’s disappointment that voters replaced him with a “buffoonish clown,” who Obama described as a character right out of “Huckleberry Finn” who “peddles in [expletive],” reported Fox News.

The Daily Mail exclusively reported on other specific comments made by Obama, which are written in Baker’s book, including that the former president admitted that “this stings” referring to the election results and then told his family that “this hurts.”

Baker writes that Obama started to get worried initially when he saw exit polls coming out of the swing state of Florida on election night but was horrified to learn later in the night that the long-held Democratic states of the Rust Belt: Wisconsin, Michigan, Ohio and finally Pennsylvania, delivered the election to Trump. Baker writes that “by the end of the evening, the unthinkable had happened” for Obama but nevertheless, he called Clinton and instructed her to concede to Trump.

According to the book, the former president intended not to comment on his personal opinion while still in power during the transition, but upon meeting Trump in the White House the day after, Obama’s rage increased and was often displayed in private.

However, his anger was not only directed at Trump and the American voters who elected him, according to the book, “to Obama and his team, however, the real blame lay squarely with Clinton. She brought many of her troubles on herself. No one forced her to underestimate the danger in the Midwest states of Wisconsin and Michigan. No one forced her to set up a private email server that would come back to haunt her. No one forced her to take hundreds of thousands of dollars from Goldman Sachs and other pillars of Wall Street for speeches. No one forced her to run a scripted, soulless campaign that tested eighty-five slogans before coming up with ‘Stronger Together.'”

Furthermore, The Daily Mail states that Baker’s book reveals insight into why Obama was initially so hesitant about criticizing Russia or taking any steps to stop interference before the election, fearing an “escalated” response by Russia.