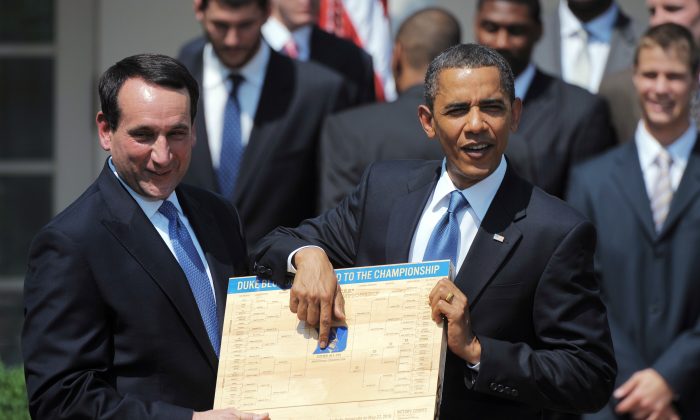 President Barack Obama unveiled his 2015 NCAA tournament on Wednesday, with a prediction of undefeated Kentucky becoming the National Champion.

Obama, in keeping with his tendency to pick the favorites in almost all matchups, picked three No. 1 seeds–Kentucky, Villanova, and Duke–and one No. 2 seed–Arizona–to make the Final Four.

Last year, President Obama finished in the 72.9 percentile overall, but missed on national champion Connecticut (he had Michigan State beating Louisville in the title game), noted ESPN. His best finish since becoming president was in 2011, when he was in the 87.4 percentile despite picking Kansas to win the national title (Connecticut won it all that year as well).

Obama does have several big upsets in this year’s bracket, including No. 11 Texas beating No. 6 Butler.