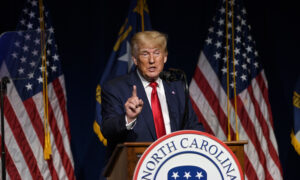 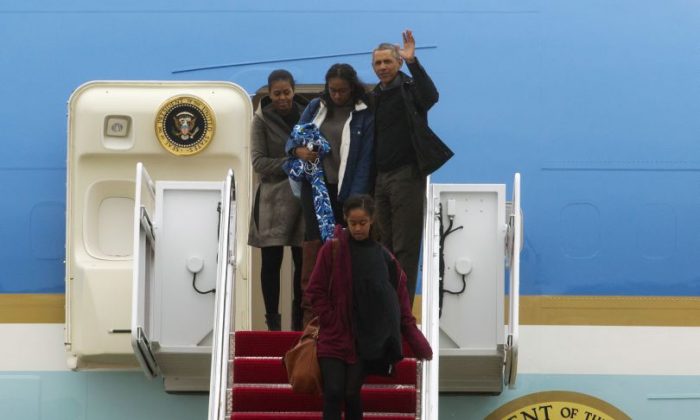 President Barack Obama accompanied by first lady Michelle Obama and his daughters Malia and Sasha, waves from Air Force One, upon their arrival at Andrews Air Force Base, Md., Monday, Jan. 2, 2017. The President and his family are returning from Hawaii after vacation. ( AP Photo/Jose Luis Magana)
Politics

His last vacation behind him, President Barack Obama is entering the closing stretch of his presidency, an eleventh-hour push to tie up loose ends and put finishing touches on his legacy before handing the reins to President-elect Donald Trump.

Obama returned to Washington midday Monday from Hawaii with less than three weeks left. His final days will largely be consumed by a bid to protect his endangered health care law, a major farewell speech and the ongoing handover of power to Trump, AP reported.

He was spotted with daughters Malia and Sasha, as well as with First Lady Michelle Obama. Some users on social media claimed that the Obama family—particularly Malia and Sasha—in the latest AP photos, appeared “somber“—possibly because it was the Obamas’ final vacation before Jan. 20, his last day in office.

In an email to supporters on Monday, Obama said his valedictory speech on Jan. 10 follows a tradition set in 1796 when the first president, George Washington, spoke to the American people for the last time in office. The speech will take place at McCormick Place, a giant convention center in Obama’s hometown of Chicago.

“I’m thinking about them as a chance to say thank you for this amazing journey, to celebrate the ways you’ve changed this country for the better these past eight years, and to offer some thoughts on where we all go from here,” Obama said. Obama’s chief speechwriter, Cody Keenan, traveled with Obama to Hawaii and spent much of the trip working on the speech. The Chicago trip will likely be Obama’s last outside Washington as president and will be include a “family reunion” for Obama’s former campaign staffers.

“In 1796, as George Washington set the precedent for a peaceful, democratic transfer of power, he also set a precedent by penning a farewell address to the American people,” Obama told the New York Times about his last address. “And over the 220 years since, many American presidents have followed his lead.”

“Since 2009, we’ve faced our fair share of challenges, and come through them stronger,” he wrote. “That’s because we have never let go of a belief that has guided us ever since our founding—our conviction that, together, we can change this country for the better.”