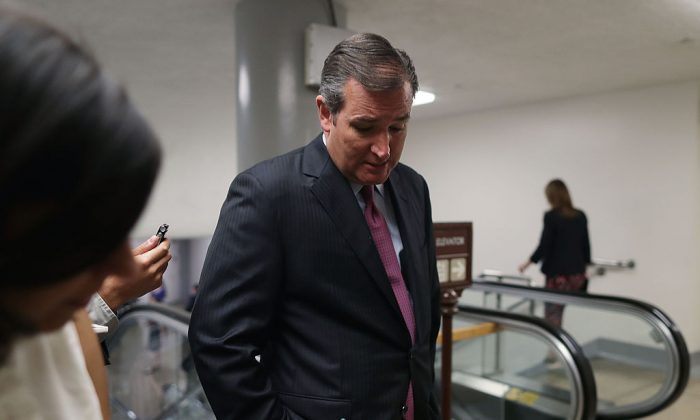 In a surprising show of unification, Sen. Ted Cruz (R-Texas) will travel with President Barack Obama to Dallas on Tuesday, the senator’s office confirmed.

“President Obama invited Sen. Cruz to travel on Air Force One to the memorial service to honor the fallen officers in Dallas,” a statement from Cruz’s office said. “The Senator accepted the invitation.”

The two will visit the city five days after a deadly sniper attack killed five police officers during a protest against police shootings.

Seven other police officers were injured, as well as two civilians.

The president will speak at an interfaith memorial service at the Morton H. Meyerson Symphony Center with the families of the fallen police officers and members of the Dallas community, the White House says.

The Obamas will then meet privately with families of the police officers who were killed, and will talk to those who were injured.

The invitation from Obama to Cruz is a bipartisan unity move. Cruz has previously fought against Obama’s health care bill and criticized the president’s stance on immigration.

But the Republican senator and Democratic president are putting everything aside to honor the victims.

President Obama previously condemned the attack and cut short his trip to Warsaw, Poland, in light of the shooting.

“The men and women of the Dallas Police Department and the officers of Dallas Area Rapid Transit (DART) selflessly run into harm’s way to protect the lives of others,” said Cruz in a statement after the attack.

“Our thoughts and prayers go out to these officers and their families, and to those who have been injured,” he said.