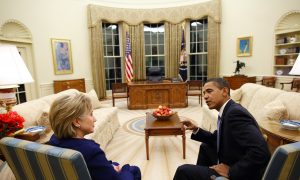 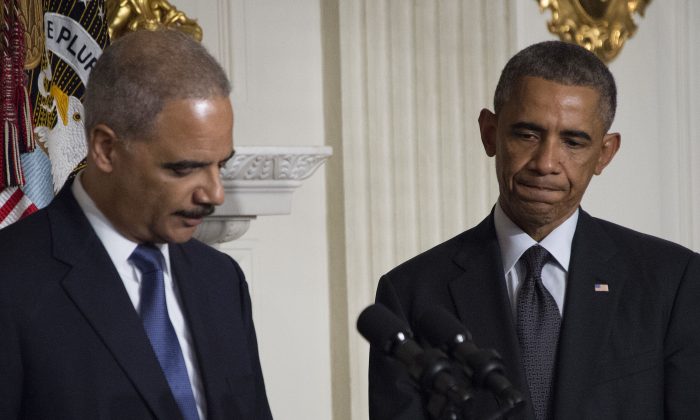 In 2013, The Associated Press raised the alarm after the Justice Department (DOJ) informed the news service that it had subpoenaed and obtained the records—not including content of the calls—of 21 mobile phones and land lines, including home numbers assigned to AP journalists, and their offices.

But the DOJ had, in fact, issued 30 subpoenas for records of 30 phone lines “it believed to be those of The Associated Press reporters and editors,” according to a 2014 report by the DOJ’s Office of Professional Responsibility (OPR).

The report, albeit heavily redacted, was obtained through a Freedom of Information Act (FOIA) request by the Knight First Amendment Institute (KFAI) at Columbia University and the Freedom of the Press Foundation (FPF).

The subpoenas covered a period between April 1, 2012, and May 10, 2012, as part of an investigation into who leaked classified documents that the AP used to produce several articles about the CIA foiling a Yemen-based plot to put a bomb on an airliner.

“The White House had said there was no credible threat to the American people in May of 2012. The AP story suggested otherwise, and we felt that was important information and the public deserved to know it,” AP President and Chief Executive Gary Pruitt said in a May 14, 2013, statement.

The OPR report says that then-Deputy Attorney General James Cole only approved the subpoenas on Feb. 6, 2013, after investigators interviewed more than 550 witnesses and reviewed thousands of government documents, but still “failed to produce investigative leads concerning the source of the leak.”

The AP alleged that the DOJ overreached, including by seizing records for general numbers for some of AP’s offices, including those in New York City and Washington.

“These records potentially reveal communications with confidential sources across all of the newsgathering activities undertaken by the AP [during the targeted period],” Pruitt said in a letter to then-Attorney General Eric Holder, also saying that the records could “provide a road map to AP’s newsgathering operations, and disclose information about AP’s activities and operations that the government has no conceivable right to know.”

The DOJ’s media guidelines require that subpoenas against journalists are “narrowly drawn,” but the OPR report shows how low of a bar that could be, according to Ramya Krishnan, attorney at KFAI, and Trevor Timm, FPF’s executive director.

The OPR report indicates that the DOJ originally wanted to subpoena records of The New York Times, Washington Post, and ABC News reporters, as well, since those outlets followed up on the AP articles and they too apparently used classified information, including some that wasn’t used in the AP articles. But because the DOJ held back on those, the OPR concluded that the AP subpoenas were already “significantly and deliberately narrowed.”

The guidelines also required that journalists be contacted ahead of time if their records are to be seized, as long as “such negotiations would not pose a substantial threat to the integrity of the investigation.”

Read More
Presidents and Press Freedom: Obama Versus Trump
‘Yes We Did’–Obama Bids Farewell in Nostalgic Last Speech
Obama Seeks Political Victories up to the End
Obama Defends Counterterrorism Plan Before Handover to Trump
Obama: I’ll Push Back on Trump If Needed to Defend US Ideals

In its conclusion, the OPR stated that the DOJ “could reasonably conclude that it was unable to find that negotiations would not pose a substantial threat to the integrity of the leak investigation” and, thus, the DOJ “was free to forgo negotiation and decline to provide The Associated Press with advance notice” of the subpoenas.

“The Justice Department’s narrow interpretation of the Media Guidelines throws into sharp relief the weakness of some of the only legal protections journalists have,” Krishnan and Timm said in a May 23 article in the Columbia Journalism Review.

In response to the uproar over the subpoenas, Holder had the guidelines revised, but they still include much of the same flexibility, including the exception that journalists will only be notified in advance unless “such notice would pose a clear and substantial threat to the integrity of the investigation, risk grave harm to national security, or present an imminent risk of death or serious bodily harm.”

The Associated Press and the DOJ didn’t respond to requests for comment.

President Donald Trump also called for a leak crackdown after his administration faced a stream of classified information reaching the media. In one of the most striking examples, Trump’s calls with his Australian and Mexican counterparts shortly after entering office were leaked to the media.

On Dec. 20, 2018, former Senate staffer James Wolfe was sentenced to two months in prison for lying to FBI agents who were investigating the leak of a top-secret surveillance warrant application on a former associate of the Trump campaign, Carter Page.

As part of that investigation, the DOJ obtained some of the email and phone records of a New York Times reporter, Ali Watkins.

Watkins was in an intimate relationship with Wolfe since 2013, spanning her tenure at publications including McClatchy Newspapers, The Huffington Post, Politico, and Buzzfeed News, but ended it before she joined The New York Times, she told the publication. Wolfe’s indictment alleged he leaked classified information to at least four reporters. The New York Times has said Watkins was one of them, although she denies ever using Wolfe as a source.