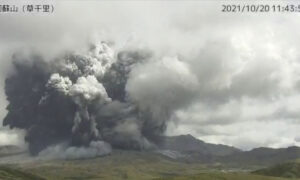 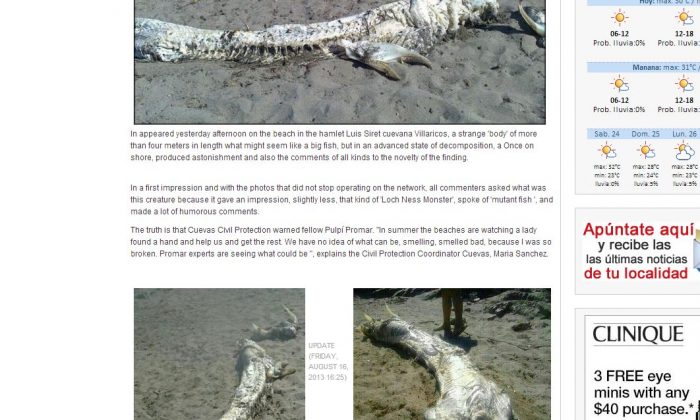 A long fish carcass washed up along the shores of Spain this week, with experts saying that it could be an oarfish or a species of shark.

Pictures of the 15-foot-long rotting carcass that washed up on Luis Siret Beach appeared in Spanish media, with locals unsure of what it might be. Some reports said the carcass had “horns” on its head.

A swimmer discovered the head of the creature before seeing the rest of the body, according to Spanish website Levante.ideal.es.

“A lady found one part, and we helped her retrieve the rest,” Civil Protection coordinator Maria Sanchez was quoted by NBC News as saying. “We have no idea what it was. It really stank, as it was in the advanced stages of decomposition.”

David Shiffman, a University of Miami shark researcher, told NBC that because of its advanced state of decomposition, “it’s hard to tell but the official guess that it could be a thresher shark seems plausible.”

“It’s hard to know what we are dealing with,” PROMARsSea Life Defence Program spokesman Paco Toledano was quoted by the Daily Telegraph as saying. “It’s very decomposed and we cannot identify what it is.”

According to the Daily Mail, tests are being done on the carcass to determine what it is.

Due to how decomposed it was, most of the carcass had to be buried for safety purposes.

Oarfish are a large and long species of fish that live at depths as low as 3,300 feet below the sea surface. Some specimens can get as long as 25 feet long.