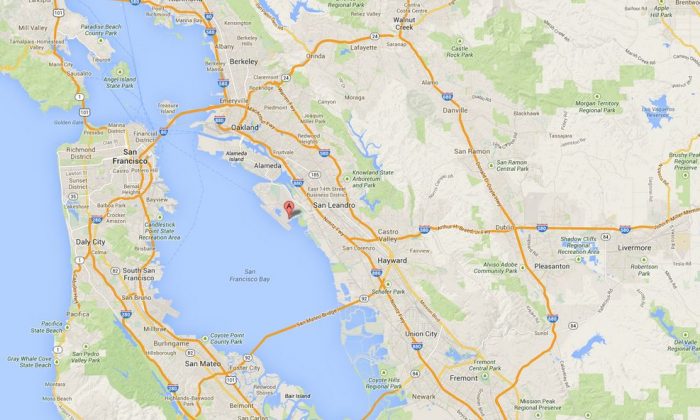 A screenshot of Google Maps shows the location of the Oakland Airport.
Northern California

An Allegiant Airlines plane reportedly caught on fire at the Oakland Airport on Wednesday, according to local media.

Oakland fire officials said they are responding to the blaze, reported KTVU.

It is unclear if anyone was injured.

NBC Bay Area reported that the fire was in one of the plane’s engines.

This was the second incident involving a plane at the Oakland Airport on Wednesday.

A plane that took off from the San Jose airport hit a bird and was forced to land in Oakland.