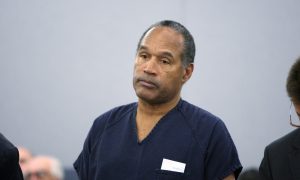 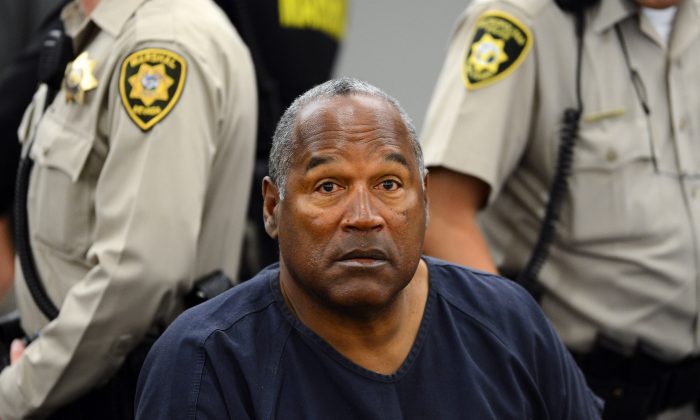 O.J. Simpson is currently serving a nine-to-33-year sentence in state prison as a result of his October 2008 conviction for armed robbery and kidnapping charges. (Ethan Miller/Getty Images)
NFL

TMZ is reporting that the rusty buck knife found at the former O.J. Simpson Rockingham estate does not contain Simpson’s DNA, although the LAPD has released a statement this morning saying the lead investigator has not received such information from the crime lab. Apparently the microbes in the soil degraded any DNA, making it impossible to get a good read and there was no hair or other samples to test either.

The story of a construction worker finding the knife all the way back in 2002 surfaced earlier this month. Apparently the construction worker who found the five-inch blade buck knife went to the nearest cop he could find—an off-duty policeman named George Maycott who was working security for a movie just across the street.

Maycott’s lawyer Trent Copeland says Maycott called the LAPD back in 2002 to see if they wanted the rusty knife but was told by a desk clerk (after talking to a supervisor), “We don’t want to have anything to do with this. O.J. Simpson has been acquitted. There is double jeopardy. Even if that knife had blood all over it there is nothing we can do.”

The knife then stayed in Maycott’s toolbox for approximately 14 years until he mentioned it to a police detective friend who contacted Robbery-Homicide, which in turn contacted Maycott regarding the knife. Maycott then voluntarily gave them the knife.

If the knife is rusted, I can’t be busted.
— O.J. Simpson

Simpson, who was found not guilty of the double-murder of ex-wife Nicole Brown Simpson and her friend Ronald Goldman back in 1995, is currently serving a nine to 33 year sentence for a 2008 kidnapping and robbery case in Las Vegas. According to retired prison guard Jeffrey Felix who knew Simpson in prison, the former NFL star has a Johnnie Cochran-like saying regarding the knife at Simpson’s former Rockingham estate, according to Page Six’s Richard Johnson: “If the knife is rusted, I can’t be busted.”

Simpson is due to go in front of a parole board in November of 2017.