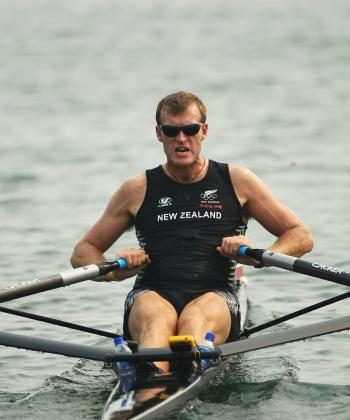 New Zealand competitors had a mixed bag in the first two days of competition.

The rowers led the charge winning seven of their nine races. And a return to form for the Evers-Swindell twins in the women’s double sculls was good news for the Kiwis. The pair dominated their heat from start to finish and head to the semi-final.

New Zealand men’s coxless pair of Nathan Twaddle and George Bridgewater won their heat convincingly.  Along with rival Australia they are one of the form crews.

Women’s coxless pair, Juliette Haigh and Nicola Coles had a strong finish to get into second. They contest the repechage on Monday and could be a good bet to advance into the next round.

Double sculls pairing of Rob Waddell and Nathan Cohen beat the strong Belarusian pairing by three seconds and the world champion men’s four finished second, both advancing into the next heats.

Uru and Taylor rounded out the second day with a comfortable win in the lightweight sculls.

The NZ women’s basketball team held on to beat Mali. The Kiwis were in control most of the game but Mali never gave up. NZ Coach Mike McHugh needed something special from guard McMeeken-Ruscoe who slotted two big three pointers to wrap up the game in the dying stages.

“She came in pretty cold, too. She hadn’t been on court much, but she sank them when we needed them,” said McHugh.

In the pool the swimmers struggled, posting times well off the pace.

Hot off the Tour de France, Julian Dean was in the best form of his cycling career. However a grueling circuit on the hills of Beijing left him well down the field.

“It was a brutal race and a brutal course. I am not genetically made for a course like that. It’s a pity because I’m in the best form of my life,” said Dean.

And in Hong Kong, it was hot and humid conditions for the equestrian events. Fifty-two-year-old Mark Todd was happy with his 10-year-old horse Gandalf. The pair finished with a score of 49.40 in the dressage and lie in 9th place. Heelan Tompkins is in 19th.

Finn class yachtie Dan Slater struggled on the opening day. He managed 21st and 19th in his first two races. Slater has the ability to catch the leaders but really needs a couple of top finishes.

The under 23 men’s soccer team had a good debut holding a strong Chinese team to a one all draw.
Jeremy Brockie had NZ up one in the second half. In front of 60,000 loyal Chinese  fans the kiwis had a chance to upstage the home town favorites. But a late header held the gutsy Oly-Whites to a 1-1 draw at the Shenyang Olympic stadium.

The Football Ferns failed to better a strong Norwegian line up in their second Olympic outing. The New Zealanders, who drew their opening match with Japan 2-2, went down 1-0. The result means they now need to beat the United States in their final pool match.