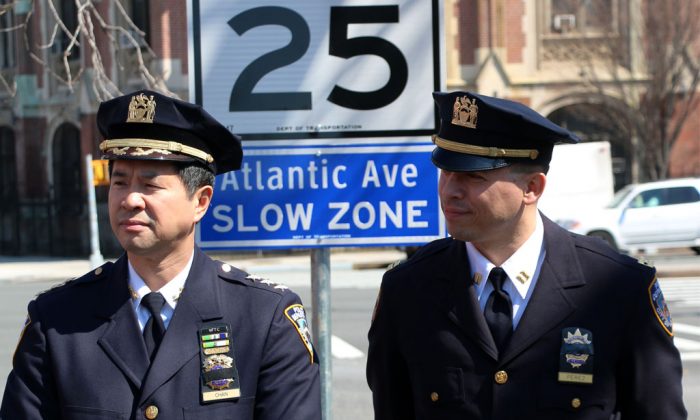 The campaign will focus on speeding, driving while talking on a cellphone, texting, and other violations in 21 precincts experiencing increases of pedestrian injuries this year, the NYPD said.

Policemen will also concentrate on parking violations “that create roadway hazards for pedestrians, as well as bicyclists and vehicles,” the announcement states. The initiative will end on Sunday.

NYPD announced Thursday that last week’s two-day crackdown on speeding yielded almost 5,000 tickets city-wide. The week before, a two-day campaign against cell phone use while driving produced over 5,000 tickets, though almost quarter of them was not for being on a cell phone, but for not stopping for pedestrians.

Last year 178 pedestrians and bicyclists died in the city’s traffic accidents. Over 16,000 were injured. So far this year pedestrian deaths have decreased 30 percent compared to the same period last year, according to NYPD.