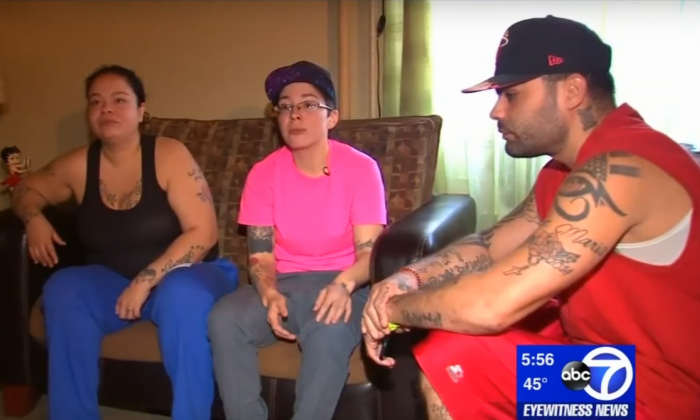 NEW YORK—The New York City Police Department has suspended the officer who posted a photo on social media of a handcuffed Brooklyn family with the caption, “Merry Christmas Its NYPD.”

Twenty-eight-year-old Kimberly Santiago says the picture was taken by the unidentified officer and posted on Snapchat after the NYPD mistakenly raided her Brownsville home last Thursday morning.

The NYPD’s Internal Affairs Bureau is investigating the photograph. The officer who posted it works in the 73rd Precinct. He was suspended without pay for an undisclosed amount of time.

Santiago says the officers were looking for a person at her address that doesn’t live there. She claims she doesn’t know the man police were searching for.

The NYPD would only confirm that a search warrant was executed at Santiago’s Dumont Avenue home.