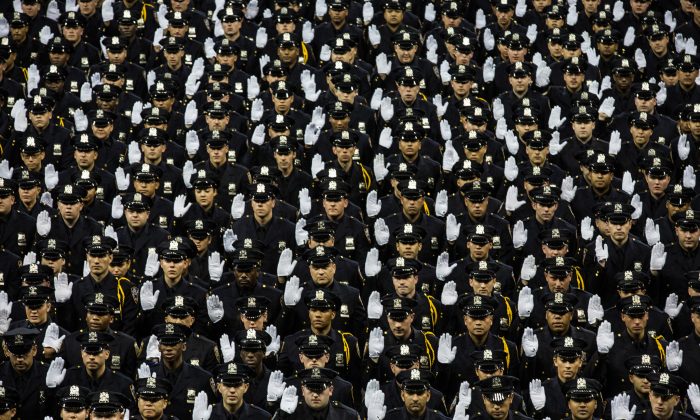 A common understanding of a Renaissance person is a profoundly gifted individual whose expertise covers a wide range of subjects.

It is considered a great compliment when someone is referred to as a Renaissance person. This is a person who can solve issues by using knowledge, discretion, and extraordinary problem-solving skills.

A Renaissance person is often used to describe great thinkers of the Renaissance, a period covering the 14th to the 17th century, commonly understood as a time when society was transformed through arts, philosophy, and science.

In 1528, Baldassare Castiglione authored “The Book of the Courtier,” immortalizing the characteristics of a perfect gentleman or lady of the Renaissance.

These included having a calm disposition, communication skills, respectful attitude, and intelligence. Yet, when necessary, this person also had a warrior spirit, ready to protect the vulnerable.

The eyes of the world are on police-community relations due to many controversies nationwide that have included the NYPD.

Recently, NYPD Commissioner Bill Bratton unveiled his community policing plan for the city that will include almost 1,300 new cops.

This plan is critical as these are unprecedented times for American policing. The eyes of the world are on police–community relations due to many controversies nationwide that have included the NYPD.

The NYPD being the nation’s largest department and the world’s most renowned has the opportunity to revolutionize policing.

Some are referring to the NYPD policing strategy to put more cops in positions to build trust in communities as Renaissance cops. Bratton presents his vision as a plan titled “One City: Safe and Fair Everywhere.”

The commissioner crystallizes the plan with four new realities requiring change in the way the NYPD does its job as the following:

Commissioner Bratton punctuates the mission is urgent and the work is not easy. He states that collaboration between the police and community will allow New York to be safe and fair everywhere and for everyone.

The NYPD has the opportunity to revolutionize policing.

According to the NYPD, the heart of this plan will be based on five strategic areas as follows:

The NYPD through Bratton’s leadership is focused to break down police and community barriers.

This police–community collaboration was formulated by Sir Robert Peel in 1829.

Peel’s principles are classic, but tradition must be honored with current realities memorialized in my “Principles of American Policing,” published in Epoch Times May 1, 2015, edition.

These principles not only complement NYPD Commissioner Bratton’s vision, but as noted in my first principle in that article, serve as the clarion call for transforming American policing:

“Being pro-police and pro-community is inseparable, indefatigable, and pre-eminent. Police at all times remain fully committed to protecting and serving the public through character, ethics, and leadership that is total and wholehearted. Police must be guided by a moral compass that honors the community, Constitution, and Bill of Rights.”

Vincent J. Bove, CPP, is a national speaker and author on issues critical to America. Bove is recipient of the FBI Director’s Community Leadership Award for combating crime and violence and is former confidant of the New York Yankees. His newest book is “Listen To Their Cries.” For more information see www.vincentbove.com.