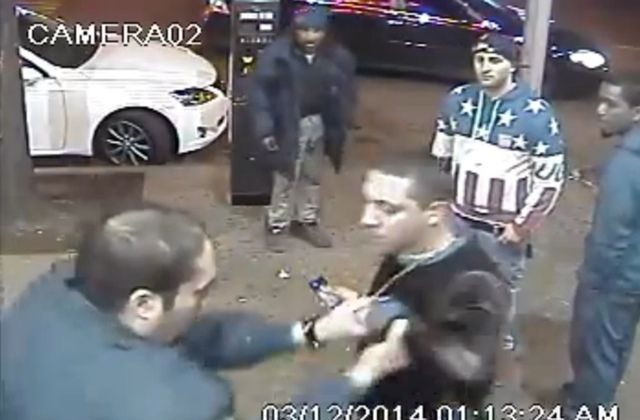 NEW YORK—Charges against a police officer accused of arresting a man for filming him with a cellphone camera have drawn fresh attention to a decades-old issue: citizens’ rights to record police.

Even before Munoz’s arrest, Disisto contended in a lawsuit filed in Manhattan federal court that New York Police Department officers intimidate or arrest people recording police activity. He cited instances since 2005 when people, including journalists, were arrested after recording police with cameras or phones.

“It escalates the tension and makes it more dangerous for everyone involved,” Lynch said. “The act of recording police starts from the belief that every officer is doing something wrong and that’s insulting to all police officers.”

For officers, problems arise when recording can be interpreted as interfering with police activity, union officials say.

They add that officers understand they may be filmed, but the line between interference and documentation is blurred when a bystander shoves a cellphone into a crime scene from an arms-length away and yells aggressively at officers.

Prosecutors say their case against Munoz, 32, was built in part through surveillance video from a commercial establishment disproving his claim that Disisto entered a “fighting stance” before lunging and swinging a fist at him as officers investigated a young woman suspected of buying marijuana.

“Had this officer’s attempts to conceal his alleged misconduct succeeded, an innocent man may still be facing charges for a fabricated crime,” Manhattan District Attorney Cyrus R. Vance Jr. said in a news release.

In it, the city agreed arrests would not result when someone merely takes photographs, remains near an arrest, or speaks out—even with crude or vulgar language—as long as there is no threat to safety and no law is broken.

In a report this year, the Civilian Complaint Review Board, which investigates allegations of police wrongdoing, said video recordings—including those on someone’s phone—had an increasingly important role in substantiating misconduct complaints. In 2012, only 3 percent of the agency’s investigations included video evidence, growing to 17 percent in the first half of 2015.

“There are more and more instances surfacing where it is clear the police officers have lied in their descriptions of what happened in an incident,” he said. “That sort of police perjury is unconscionable and something police departments really have to tackle.”