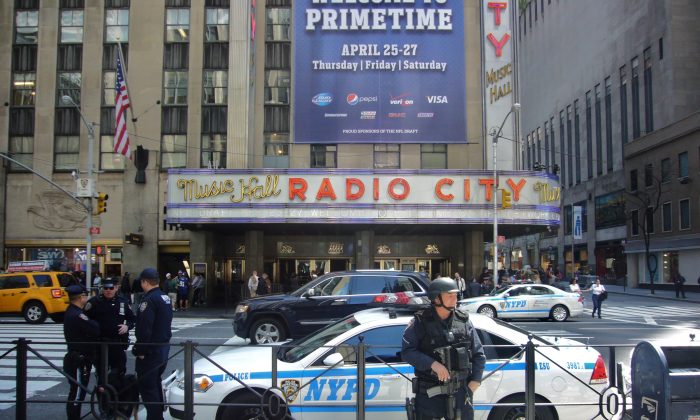 An article saying an NYPD officer killed a baby because the mother was breastfeeding is a hoax.

It was published on satire news website National Report, which shouldn’t be taken seriously. As of Friday morning, the article had more than 100,000 shares and “likes” on Facebook.

The bogus article reads: “In a continuation of the ongoing police scandals rocking the New York City Police Department, three-month old infant Layla Smith has been pronounced dead following an August sixth incident. This closely follows the July seventeenth death of NYC resident Eric Garner after the use of a prohibited choke hold by officers against him. Garners death was ruled a homicide by the NYC medical examiners office.” It adds: “Suzanne Smith, Layla’s mother, had been sitting on a bench in Queens waiting for the bus when Layla began to insistently cry.”

National Report has removed and changed its original disclaimer, which used to say it publishes satire news.

“National Report is a news and political satire web publication, which may or may not use real names, often in semi-real or mostly fictitious ways. All news articles contained within National Report are fiction, and presumably fake news. Any resemblance to the truth is purely coincidental,” it used to read, according to WafflesatNoon.com.

The publisher of National Report, who allegedly uses the name “Allen Montgomery,” spoke with the Casper Star-Tribune last year about his site posting a fake article about RFID chips being implanted in Wyoming residents. “We have been targeting Tea Party types recently as they are the most gullible and are willing to spread misinformation across the internet with little/no research,” he told the Casper Star-Tribune.

“It is our opinion that if a person is too lazy to check for multiple references [or at least one other source] … and they spread misinformation around as fact, then they are to blame for their own stupidity, not us,” he said.