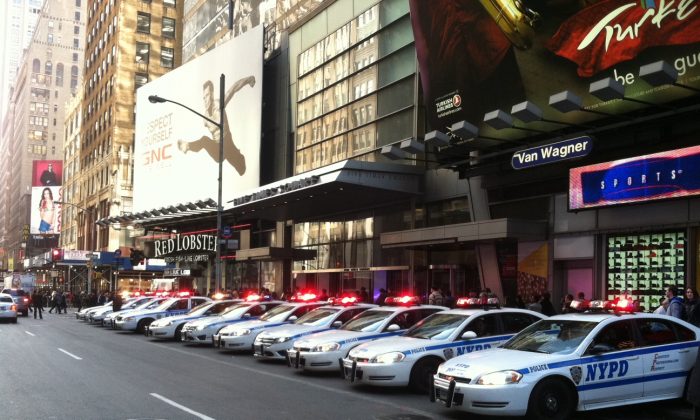 The website that published a satire report saying an NYPD officer killed a baby “following [a] breastfeeding argument” that got more than 1.5 million shares and “likes” on Facebook said they’ve received death threats.

The fake article says that a New York City Police Department officer shot and killed Layla Smith–presumably a fake person–after the cop had an argument with the mother over breastfeeding in public. It says: “Suzanne Smith, Layla’s mother, had been sitting on a bench in Queens waiting for the bus when Layla began to insistently cry. Knowing that her baby was hungry Ms. Smith began to breastfeed her daughter. Witnesses at the scene report that she was then approached by a NYPD Officer, later identified as Michael Fitzsimmons, who requested that she stop feeding the baby in public as it was ‘indecent'” before shooting her.

A few days later, National Report publisher “Allen Montgomery” gave what appears to be a real response about death threats the site received.

“Satire is not required to be humorous, nor was this particular post meant to be funny. Police brutality is a very real and very serious issue. If you are looking for safe, neatly packaged laughs, then please continue reading the Onion as your only source of satire,” the site explains.

It continues: “The people of the modern world need to understand and develop the ability to corroborate information and not just accept information as true without further inputs. Absolutely baseless information is spread by ACTUAL news sources on a daily basis and have resulted in a serious divide without our country.”

The National Report then said they believed the satire about breastfeeding was outlandish enough.

“While we thought we were making the story outlandish enough (seriously, killing a baby over a breastfeeding argument) to be questioned by reasonable readers, the fact it wasn’t is more of a reflection on the NYPD (and possibly police brutality, in general) than of National Report,” it adds.