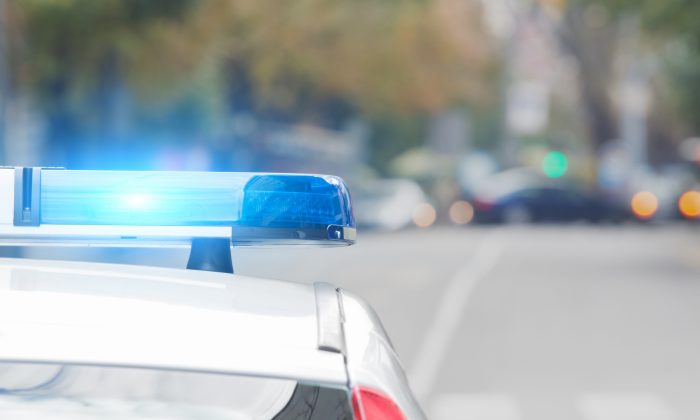 An NYPD detective was shot while chasing a suspect on July 6, 2018. (Shutterstock)
Crime and Incidents

An NYPD detective was shot in Brooklyn on Friday morning after chasing down a suspect.

The detective was shot in the leg on Decatur Street in the Bedford-Stuyvesant neighborhood at around 6:40 a.m., reports ABC7.

Update: There are no outstanding suspects at this time. We will be providing an update from Kings County Hospital later this morning.

The NYPD tweeted at around 7 a.m. that there would be a police presence on Decatur Street and Tompkins Avenue, and two hours later that they were not looking for more suspects.

Police took a man into custody after following a blood trail from a gunshot wound. The suspect was shot in the leg, ABC 7 reported.

Officers were on their way to execute a domestic violence warrant when they spotted a suspect they had been searching for weeks, ABC7 reports.

The two exchanged gunfire and at one point, the suspect Maced two officers, the New York Post reports. The suspect took off running but officers were able to catch up with him at Kingston Avenue and Herkimer Street, News 12 reports.

The detective was taken to an area hospital, as was the suspect. Both are expected to survive.