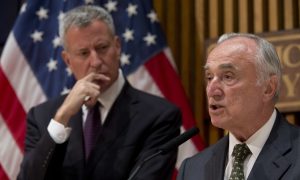 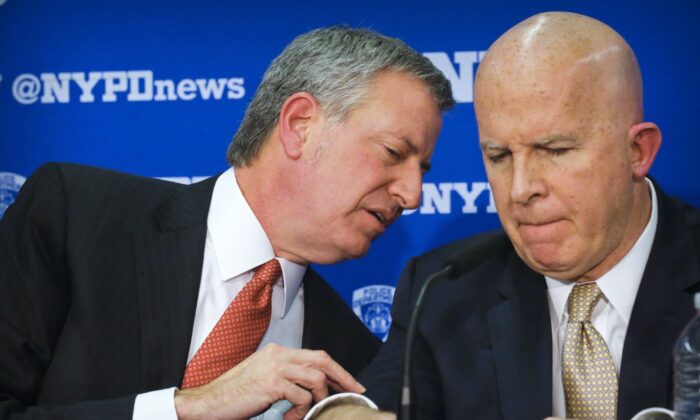 New York City’s police commissioner is retiring after three years, and a top deputy will succeed him as the leader of the nation’s largest police department, Mayor Bill de Blasio said Monday, Nov. 4.

James O’Neill, 61, will remain on the job until next month, when he leaves for a job in the private sector.

Chief of Detectives Dermot Shea, a 28-year department member who started as a patrolman in the south Bronx, will be the new commissioner. Shea rose to prominence as the department’s statistical guru, and de Blasio said he is “one of the best-prepared incoming police commissioners this city has ever seen.”

O’Neill’s tenure as commissioner—which began with a pipe bomb blast on his first full day in office in September 2016—came as the city continued to grapple with its place as a top terrorist target, as well as tensions between officers and the community.

O’Neill moved the department from a focus on the broken windows theory, which viewed low-level offenses as a gateway to bigger crimes, to a neighborhood policing model designed to give officers more time to walk around and interact with people in the communities they police.

He led the department’s response to a truck attack that killed eight people on a Manhattan bike path in 2017 and brought closure this summer to one of the NYPD’s lowest moments in firing an officer in the 2014 chokehold death of Eric Garner.

O’Neill said the decision in August to fire Officer Daniel Pantaleo after five years of investigations and disciplinary hearings weighed heavily on him and the department. The city’s largest police union responded by calling on O’Neill to resign.

O’Neill said Monday the firing wasn’t a factor in his decision to leave. He felt this was the right time to leave, he said.

“This job comes with a lot. It comes with a lot of pressure,” he added. “This is all I have thought about for the last 38 months—24 hours a day, 7 days a week. It’s all you think about, is keeping the people of this city safe, and it was an honor to serve.”