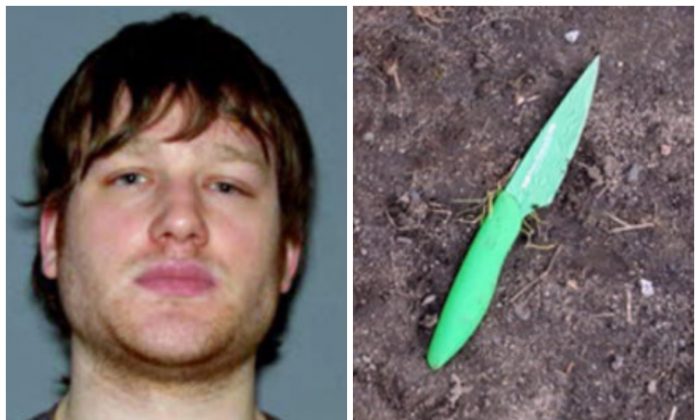 James Patrick Dillon in a booking photo, left; and a knife recovered believed to be used by Dillon. (NYPD)
Crime and Incidents

NYPD Arrests Suspect After He Allegedly Attacked 3 People With Knife

New York police officers arrested a suspect on Sunday after three people were attacked, with one of the victims dying.

James Patrick Dillon, 23, is accused of slashing a woman’s face around 11 a.m. off 36th Street; stabbing a liquor store owner on Astoria Boulevard around 3 p.m.; and lighting a 61-year-old man on fire shortly thereafter.

Dillon also allegedly sprayed two police officers with an accelerant he was carrying inside of a beer bottle, burning their hands and face.

The officers then shot the suspect, reported ABC7. He was taken to Elmhurst General Hospital and is in critical condition.

The woman is recovering at Mount Sinai Hospital, while the 61-year-old is in critical condition at New York Presbyterian/Weill Cornell Medical Center.

The 55-year-old owner of Astoria Liquors and Wines died, according to police.

Neighbors said he was a good man, who would go out of his way to help others and may have been attacked because he was trying to protect his friend from Dillon.

The officers are in stable condition at the hospital.

A source told CBS that Dillon is bipolar and was off his medication on Sunday.