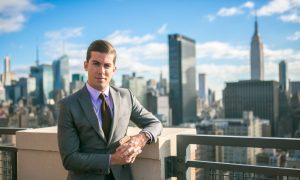 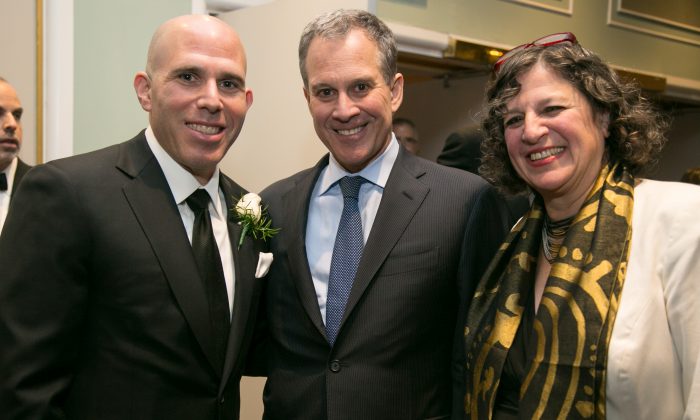 Held in one of the city’s most prestigious hotels, the New York Hilton Hotel in Midtown Manhattan, the attendees were dressed in their very best: fresh pressed tuxedos with black ties and high-end designer dresses.

The cocktail party extended through three rooms, and for those that arrived fashionably late (including the Mayor Bill de Blasio, Dottie Herman the CEO of Douglas Elliman and Pamela Liebman the CEO of Corcoran), the rooms were brimming with prominent people, and the noise from hundreds of conversations was tremendous.

The cocktail party is the best part of the night to catch up with competitors and colleagues, attract some publicity from the press, and meet new contacts. Awards were given to this year’s honorees during the banquet that followed in the Trianon Ballroom.

It was also the last annual banquet for Steve Spinola as the president of REBNY, and many who attended said they were there to honor him. After almost 30 years service, Spinola is the advocacy group’s longest serving president. He is retiring, and will be replaced by John Banks, who was also in attendance.

Spinola said running the real estate board had been “the opportunity of a lifetime.”

Five REBNY members were honored at the event:

Steven Spinola, President of REBNY, who received The Harry B. Helmsley Distinguished New Yorker Award for invaluable contributions to New York’s civic welfare and to the real estate community. Spinola is retiring after nearly 30 years, and is the longest-serving REBNY President.

William Rudin, CEO & Vice Chairman of Rudin Management Company, Inc., who received The Bernard H. Mendik Lifetime Leadership in Real Estate Award for a lifetime of exceptional accomplishment in the profession and dedication to leadership in New York real estate.

Peter Hauspurg, Chairman & CEO of Eastern Consolidated, who received The Louis Smadbeck Broker Recognition Award for his success as a commercial broker.