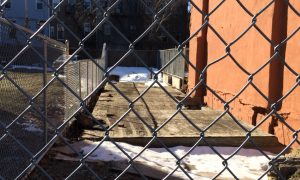 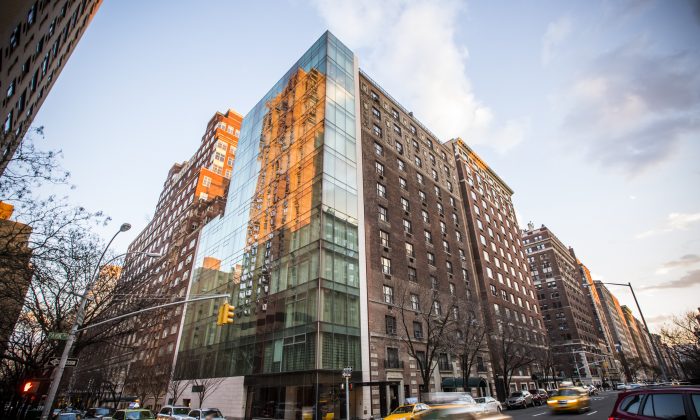 1055 Park Ave. on the Upper East Side, Manhattan, New York, March 20, 2014. A glassy building was built in place of a historic building at 1055 Park while the Park Avenue Historic District application was pending. (Edward Dai/Epoch Times)
New York

NEW YORK—Historic districts are an inextricable part of the fabric of New York City, but they present yet another hurdle for Mayor Bill de Blasio’s ambitious goal to build and preserve 200,000 units of affordable housing in the next decade.

Nearly a third of Manhattan has already been designated historic districts—a status which some have said deters the construction of affordable housing—while other neighborhoods push for the same designation in large swaths.

The mayor has already put his progressive stamp on two mega-developments in the city. At the Domino Sugar development in Williamsburg he was able to negotiate an increase in the number of affordable units despite developer Two Trees Management threatening to back out of the project. Just this week he negotiated a living wage for construction workers at Manhattan’s new residential development Hudson Yards.

In early May the administration is expected to release details on how it plans to balance benefits for communities with incentives for developers.

Some locals are questioning how much is too much in protecting the city’s historic buildings.

Landmark preservation provides a way to protect buildings, monuments, or neighborhoods from being replaced, giving locals and tourists a physical window into the rich history of the city.

“Our built environment is a daily representation of our history, our past, and I think it’s important to have those reminders of generations that preceded us,” said Tara Kelly, executive director of landmark preservation advocacy group Friends of the Upper East Side.

Architectural and planning firm Beyer Blinder Belle, has worked on many well-known and dear landmark projects in the city, including the City Hall restoration and the revitalization of the Grand Central Terminal.

To lose either landmarks or historic districts would erase the physical legacy of the city, said Richard Southwick, director of historic preservation at Beyer Blinder Belle. “Individual landmarks are the exclamation points of NYC’s history.  Historic districts tell the fuller story of the evolution of the city.”

In many neighborhoods with an established charm and sense of continuity, some communities are turning toward landmark designation in hopes of preventing a glassy tower from going up.

Andrew Berman, executive director of the Greenwich Village Society for Historic Preservation (GVSHP), said it’s a common misconception that areas are being landmarked to stop development. Though many do approach GVSHP hoping to curb development with landmark designation, they always explain that isn’t what the landmarks law is for.

A report released last September by the Real Estate Board of New York drew strong correlations between historic districts and the lack of affordable housing.

No affordable units were created on landmarked properties since 2008, and tracts with higher percentages of landmarked areas also had higher median incomes according to 2010 U.S. census data.

The report has council members and borough presidents wary of the implications—that developers won’t want to bother with building in a historic district.

According to Michael Slattery, senior vice president of research for the Real Estate Board of New York (REBNY), landmark status imposes a time-consuming pile of paperwork before a project. So much so, that sometimes projects that would have yielded 10 affordable units out of a 50-unit project never get built because of endless red tape and plan revisions.

But there are buildings that stay affordable because of landmark designation, like The Westbeth and 505 LaGuardia Place in Greenwich Village. Historic districts also protect rent-regulated units the same way.

One solution REBNY has pushed for is smaller historic districts.

Lower Manhattan and the Upper East Side have the largest historic districts in the city, some running about 20 blocks long. It’s difficult to believe every building in a district is contributing to the character, Slattery said, as the larger the district the more varied the building types are.

Knowing that perhaps a nondescript building once housed one of the Manhattan’s most prominent families or renowned artists may alter a passerby’s opinion, but aesthetics often play into arguments against certain buildings being incorporated into a district, and REBNY representatives are often at Landmarks hearings testifying against a select few.

The purpose of a historic district is to have a section with continuous character, advocates say. Replacing a similar looking building, even if it holds less history, with a glassy condo tower could break the continuity of the neighborhood.

In many ways, historic districts are more important to the city than individual landmarks, Southwick says. The consistency and coherency of these distinct districts are what make such strong neighborhoods in New York City.

“To break up these original development patterns by inserting a single or small number of incongruent structures is visually incongruous, physically jarring and compromises the real estate values of the remaining and more conforming buildings,” Southwick said. “Tall, out of scale buildings, even adjacent to lower scaled historic districts can have detrimental effects on the appreciation of an historic neighborhood.”

The Landmarks Preservation Commission has come under fire by preservation advocates, the real estate industry, and elected officials alike for a slow processing of applications, leading to preserving too little or too much of a neighborhood depending on whom you ask.

The mayor is also reportedly close to appointing a new landmarks commissioner, who will be closely watched by local officials.

But while historic districts cover almost 30 percent of Manhattan, they currently only make up 3 percent of the city.

Landmarks, by far, are not unattractive to developers as a whole.

De Blasio’s deal with Two Trees on the Domino site was one of the first examples of what development negotiations will look like under the new administration.

The Domino Sugar refinery, the largest in the world when built in 1884, is, in fact, a landmarked property. In adapting it from an industrial facility to a residential complex, the large openings in the brick facade, once built for conveyer belts, were incorporated into the new design.

But not all landmarks lend to creating more housing, much less affordable housing.

Just this week a developer in Greenwich Village unveiled a 10-unit historic building that had been converted into a six-story single luxury townhouse.

Developers of all scales work in the city, and whether or not a property has landmark status is a tremendous factor when they consider a site.

In many cases, it becomes more of a question of air rights. Landmarks can sell their unused air rights across the street, but in a large historic district sometimes there aren’t many sites that can make full use of those air rights to begin with, Slattery said.

In the West Side theater district, he explains, air rights can be transferred to any property within the district rather than just across the street.

“It’s a good model of what should happen,” Slattery said.

In facilitating a more flexible way to transfer air rights, the new administration could quell a lot of worries.