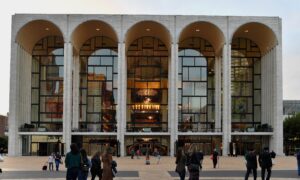 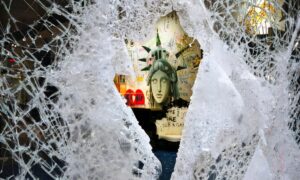 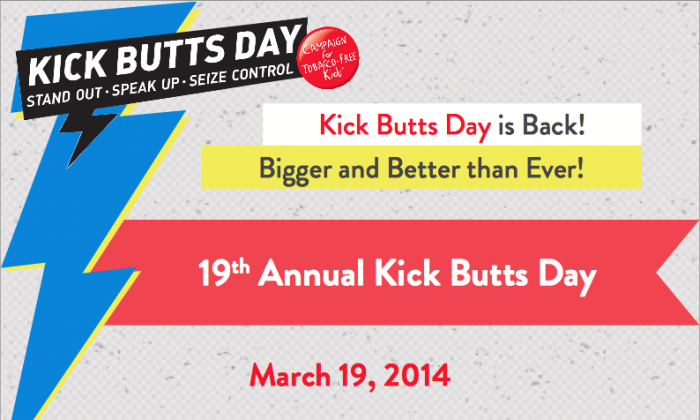 With 1,400 events happening across the country and on military bases around the world, the annual Kick Butts Day every March 19, is a growing call-to-action day of combatting smoking addiction.

This event is especially notable as it includes youth standing up to Big Tobacco, by organizing events where that raise awareness of the tobacco problem in their communities.

“By getting involved in Kick Butts Day and other activities, America’s youth can raise awareness about the tobacco problem, encourage peers to be tobacco-free and support effective solutions to reduce tobacco use,” Campaign for Tobacco-Free Kids, a non-for profit, writes on their website. Kick Butts Day is organized by the campaign group, and is sponsored by the United Health Foundation.

Events included a “Walking Tobacco Audit” which measures how many tobacco retailers children see on their way to school. A “Point-of-Sale Scavenger Hunt” which finds all the advertisements the industry has in the neighborhood. A “Butt-It List” which is a list of things one wants to accomplish within a certain time frame.

Flash mobs are also scheduled to pop up in different neighborhoods.

Although mainly geared towards students, from elementary to college, the Kick Butts Day is open to everyone. For a full list of events, visit.

The organization also lists smoking statistics, like the national number of high school students who smoke is at 18.1 percent, that’s 3.4 million, and the number of kids, ages four to 17, who are exposed to secondhand smoke is almost 40 percent.

There are approximately 44 million of smokers in the United States.

Numerous events confirmed for the New York City region include an “Event in a Box” at the East Harlem Asthma Center of Excellence, and an event at the Joel E. Smilow Clubhouse in the Bronx.