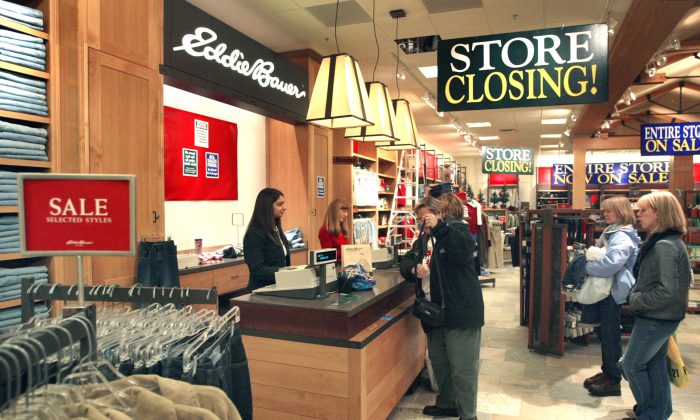 NYC Visitors Get Extra 10 Percent Off At Bloomingdale’s

NEW YORK—New York City gets shoppers from all over the globe year-round, but they come out in full force on Black Friday.

There’s no Bloomingdale’s in Toronto, said Carol from Canada.

“We just love Bloomingdale’s,” she said. “We got two pairs of shoes for 50 percent off, plus a 10 percent discount, plus another 15 percent, and then $15 gift card on top of that.”

People from out of state get an additional 10 percent discount Friday, and shoppers get $15 gift cards for every $100 they spend.

Carol said she was also eyeing a Michael Kors watch, and “we’re probably going to go get it.”

Jason Manku and his wife were visiting from London for the week, and started their Black Friday gift shopping at Bloomingdale’s as well.

For holiday shoppers, department stores are the best place to go, the visitors said. After Bloomingdale’s it’s onto Macy’s, Saks Fifth Avenue, and Nordstrom.