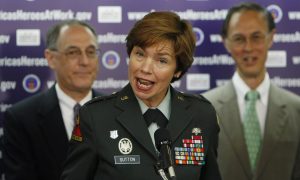 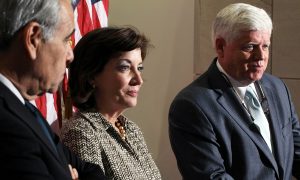 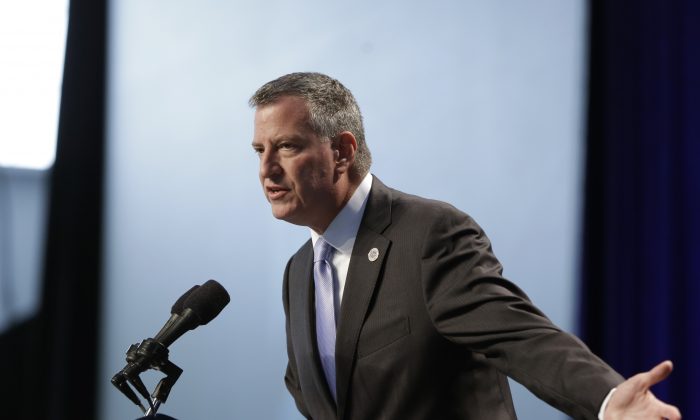 “Breakfast powers our kids into the future,” said Josh Wachs, chief strategy officer for the anti-hunger organization Share Our Strength.

Wachs said that because the federal government pays for school breakfast, “this is not a money issue. This is a management issue.”

City Council member Stephen Levin said it’s hard for working parents who may have children in more than one school to get their kids to school that early.

“It presents a ton of logistical problems,” said Levin, who joined other advocates on the steps of City Hall to call for school breakfast after the bell.

More than three-quarters of New York City public school students qualify for free or reduced-price lunch, and Levin said that only 34 percent of those pupils are currently eating breakfast at school.

“How is it possible that we are failing our children year after year by not providing them with free, quality breakfast?” he asked.

The advocates said that without the school breakfast, many kids go hungry and their performance in school suffers.

“To be schooled you must be fueled,” said Joel Berg, executive director of the New York City Coalition Against Hunger. “To be well read you must be well fed.”

Twenty-nine of the 51 City Council members signed a letter to de Blasio and Schools Chancellor Carmen Fariña on Thursday asking them to implement breakfast after the bell.

Devora Kaye, a spokeswoman for the city Department of Education, said, “We are committed to expanding access to free breakfast in the classroom and are developing new approaches to reach more children.”