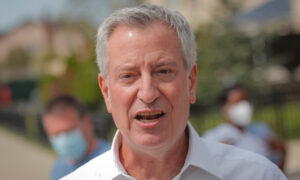 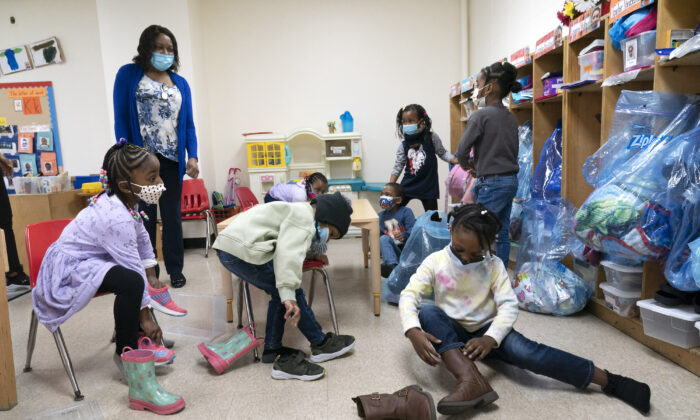 Pre-K students arrive for the school day at Phyl's Academy, in the Brooklyn borough of New York on March 24, 2021. (Mark Lennihan/AP Photo)

NYC to Require Vaccines or Weekly Testing for City Workers

The rule is expected to affect about 340,000 city employees, making the city one of the largest employers in the United States to take such action. While it isn’t a vaccine mandate—no workers will be forced to take a shot—officials hope the inconvenience and discomfort of weekly tests will persuade many to overcome a reluctance to get inoculated.

The Sept. 13 deadline coincides with the start of public school, when the Democratic mayor has said he expects all pupils to be in classrooms full time. City health care workers and employees in congregate setting such as group homes will face earlier deadlines.

Last week, the city had announced it was mandating vaccinations or weekly testing for workers in the city’s hospital system.

The number of vaccine doses being given out daily in the city has dropped to less than 18,000, down from a peak of more than 100,000 in early April. About 65 percent of adults in the city are fully vaccinated.

De Blasio has said that he does not plan to reimpose a broad indoor mask mandate, as Los Angeles County has done. Masks are required in some settings such as public transportation.

De Blasio said unvaccinated city employees will be required to wear masks indoors at all times.