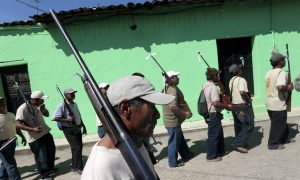 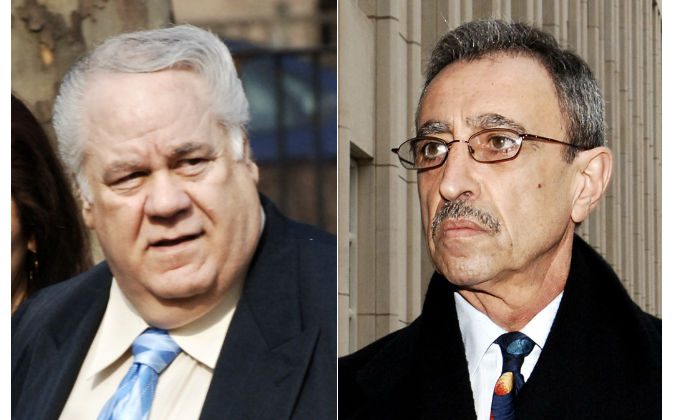 NEW YORK—Nicholas Guido was showing off his new car outside his mother’s home on Christmas Day 1986 when he was gunned down because he’d been mistaken for a mobster with the same name. The bad information, prosecutors said, came from two decorated police detectives who would later be convicted of moonlighting as hit men for the mob.

Twenty-nine years later, the city has reached a $5 million settlement with Guido’s family in part of the fallout from one of the most stunning police corruption cases in New York history.

“This tragic matter involves the murder of an innocent man. After evaluating all the facts, it was determined that settling the case was in the city’s best interest,” the Law Department said in a statement. The family’s lawyer didn’t immediately return a call Friday night seeking comment.

She ran over to the car and found her 26-year-old son sitting up at the wheel, she testified at the ex-detectives’ 2006 racketeering trial. “I went to touch his hand, and he must have just died,” she said. “His fingertips were cold.”

Guido’s killers had him confused with an enemy of a mob underboss who paid then-detectives Louis Eppolito and Stephen Caracappa to be his criminal “crystal ball,” a source of help killing eight of their patron’s foes between 1986 and about 1990, Brooklyn federal prosecutors said.

The detectives were accused of carrying out two of those killings themselves. In others, they made traffic stops that ended with the driver killed; another time, they kidnapped a target and turned him over to the underboss, prosecutors said.

The detectives got $4,000 a month for inside information on law enforcement investigations, and they got $65,000 for carrying out one killing, prosecutors said.

“This is probably the most heinous series of crimes ever tried in this courthouse,” a judge said at one point.

Eppolito and Caracappa, who insisted they were innocent, are serving life in prison.

Caracappa helped establish the police department’s office for Mafia homicide probes. Eppolito wrote an autobiography, “Mafia Cop,” about his life as a police officer who grew up in a mob family. He also played a bit part in the classic 1990 mob movie “GoodFellas.”

By the time of their 2005 arrests, Eppolito and Caracappa had retired to Las Vegas.

In 2010, New York City agreed to pay $9.9 million to an innocent man who spent 19 years behind bars after being framed by Eppolito, whose arrest prompted a re-examination of the man’s case.