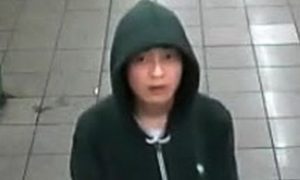 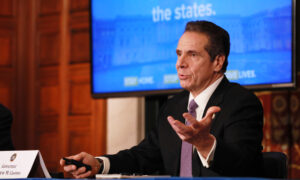 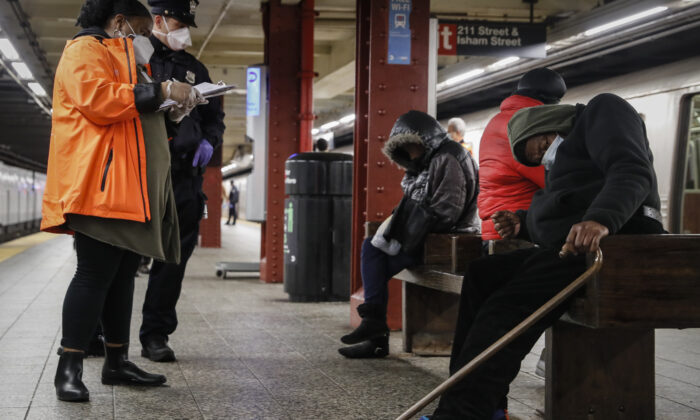 NYC Subway Will Halt Overnight Service Due to Virus

NEW YORK —New York City will shut down subway service each day from 1 a.m. to 5 a.m. to increase the cleaning of trains and stations during the CCP virus crisis, Gov. Andrew Cuomo said April 30. The announcement came two days after he called conditions in the system “disgusting.”

Meanwhile, a Navy hospital ship sent a month ago to relieve stress on hospitals has left New York City, and the city said it would hand out free face coverings while increasing enforcement of social distancing measures.

Subway trains, which had been disinfected at least once every 72 hours, will be cleaned once every 24 hours starting May 6, Cuomo said. Buses, vans, and other alternative transportation will be provided at no charge for essential workers to get around while the system is closed, he said.

Cuomo said the increased cleaning is a “daunting challenge,” but vital to keeping the subway safe as it continues to be a place of high density while the rest of society practices social distancing. Images posted on social media in recent weeks have shown packed subway cars.

Dozens of transit employees have died of the CCP virus and the system has become a haven for homeless people during the crisis.

“You have to disinfect every place a hand could touch on a subway car. Every rail, every pole, every door,” Cuomo said. “Or, coughing, sneezing, wherever droplets could land.”

Cuomo highlighted a front-page report Tuesday in the New York Daily News chronicling incidents of indecent exposure, filth, people stretching out on seats, and other problems.

He said the situation was “disrespectful” to essential workers who need to commute and unsafe for homeless people who are congregating in trains without face masks or other protections.

Subway ridership has plunged by 92 percent since the start of the pandemic, and most of the people commuting are health care workers, first responders, and other front-line workers who’ve been keeping the city running.

The cleaning shutdown affects the slowest part of the day for the subway system, in terms of ridership. Around 10,000 people ride the system during that period of time, Cuomo said.

Commuter trains serving Long Island and the city’s northern suburbs will also be disinfected every 24 hours, he said.

City buses will continue to run around-the-clock but will be rotated out of service for cleaning.

“Think about it, the entire public transit system in downstate New York will be disinfected every 24 hours,” Cuomo said. “We’re doing a lot of things here that we’ve never done before.”

Betsy Plum, executive director of the advocacy group Riders Alliance, said the closures “must be strictly temporary while a longer-term solution is developed and implemented.”

The homeless have long taken refuge on the city’s subways, but their plight, and the problems the subway shutdown poses for them and others, have become more visible during the pandemic. Advocates for the homeless say some are taking to trains because they worry about contracting the virus in shelters.

“This has been a heartbreaking experience for all of us. An entire population has been left to fend for itself,” interim transit president Sarah Feinberg said.

The 1,000-bed USNS Comfort hospital ship left New York City for its homeport of Norfolk, Va., on Thursday having treated just 182 CCP virus patients. A surge in cases in the hard-hit city fell short of the worst-case projections.

Eleven people being treated on the ship died from the CCP virus and several ship personnel came down with the disease, the Defense Department said.

“The situation has changed but we’re not done,” Gen. Terrence O’Shaughnessy, commander of U.S. Northern Command, said as he saw the ship off.

Gov. Andrew Cuomo said last week that he and President Donald Trump agreed the Comfort was no longer needed in New York City.

“I believe Comfort not only brought comfort but also saved lives,” Cuomo said.

The Navy sent the Comfort to New York last month as projections showed the state needing to double hospital capacity to 110,000 beds by the end of April.

Disease-related hospitalizations peaked far below that—at 18,825 on April 12—and have ticked down considerably since then. The number of new hospital admissions fell Wednesday to 933, the lowest since March 24.

More than 18,300 people in the state have died from the CCP virus, though the total doesn’t include more than 5,300 deaths in the city that were attributed to the virus on death certificates but weren’t confirmed by a lab test.

On Wednesday, 306 people died from the disease, the lowest daily total since March 29, when there were 253 fatalities. The state peaked with 799 deaths in one day on April 9.

The Comfort arrived in New York on March 30, originally intended to care for patients who were not COVID-19 positive, while the city’s hospitals tackled the virus. That changed days later when hospital officials said virtually all of their patients had the disease.

City To Give Out Free Masks

The city is also ramping up CCP virus testing and the production of surgical gowns for health care workers treating virus patients. He said 11 CCP virus testing sites will perform 14,000 tests this week, increasing to 43,000 tests at 30 sites by the week of May 18.

City businesses are now making 125,000 surgical gowns a week, de Blasio said, up from zero before the pandemic. Officials arranged for millions more gowns to be made at a Vietnamese factory and flown to New York.

“We are now confident we will have enough surgical gowns to get us through the middle of May,” de Blasio said.