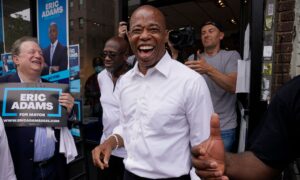 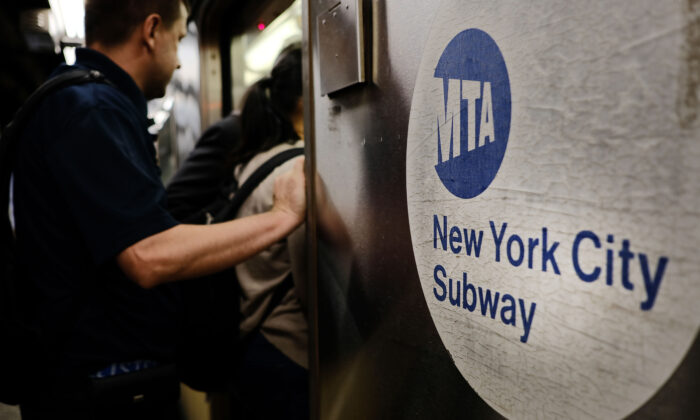 As Tropical Storm Elsa was moving towards the New York City region with heavy rain and high winds, heavy downpours suddenly hit several areas in the state, flooding some streets and subway stations.

People on social media posted videos of the flooding that show commuters moving through waist-deep water in some subway stations in order to catch their train.

The transit agency said that drains at the street level couldn’t handle the sudden downpours that then escaped through the vents into the stations.

Crews looking into the flooding issues helped return the stations to a better state by Friday, as fast-moving Elsa hit the state, toppling trees and hindering some rail service as it churned its way toward New England.

Eric Adams, the Democratic nominee in the 2021 NYC mayoral election, pointed to the state’s creaking infrastructure and “bad spending decisions” for the floods.

“This is what happens when the MTA makes bad spending decisions for decades,” Adams said on social media. “We need congestion pricing $ ASAP to protect stations from street flooding, elevate entrances and add green infrastructure to absorb flash storm runoff. This cannot be New York.”

In some areas in the state on Friday, up to 6 inches of rain is possible, enough to cause flash flooding. The National Hurricane Center said a tornado or two was possible through early afternoon on Friday over parts of Long Island and southeastern New England.

Sustained winds from the storm peaked around 50 mph as it moved past NYC and across the eastern tip of Long Island, the center added in an 11 a.m. update.

Storm conditions caused snags on commuter rail lines across the region, with slight delays on the Harlem Line north of the city and service suspended on the Long Island Rail Road’s Oyster Bay Branch because of fallen trees.

The downpour also caused a small rock slide under the main railroad track in West Haven, Connecticut, forcing trains to switch to a secondary track for a couple of hours. The coastal city also was dealing with street flooding.

Heavy rain had ended in New York City by mid-morning. Elsa is forecast to become a post-tropical cyclone by Friday night.