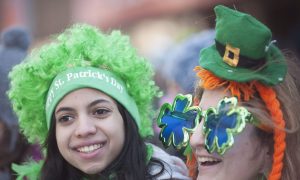 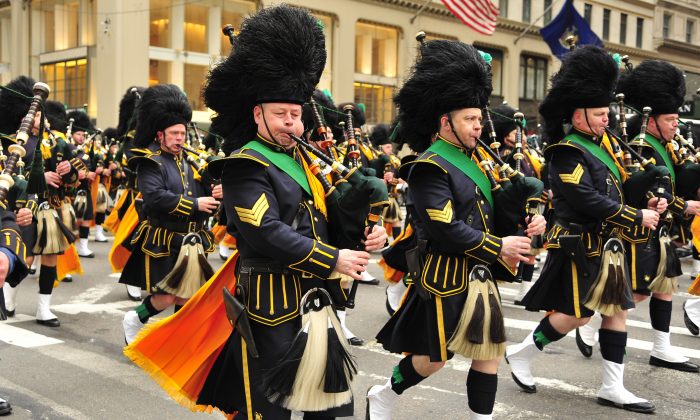 NYC St. Patrick’s Day Parade Is the Best and Here’s Why

It’s been around so long you may have forgotten. Or maybe it just diminishes in our minds as we hear about it every year. But the St. Patrick’s Day Parade in New York City is awesome.

First of all, the parade holds some incredible firsts.

Discounting military ones, it’s the oldest parade in the world, dating back to 1762.

It’s the largest parade in the world with some 150,000 participants and about 2 million spectators, according to the organizers.

It keeps the traditions.

This is something you may not immediately notice. The parade stays true to its dignity.

It’s always led by the 69th Infantry Regiment, the “Fighting Irish” on our side in the Civil War, both World Wars, and most recently the Iraq and Afghanistan wars.

For over 250 years, the parade never deteriorated and in all its grandeur maintains a sober pride.

As honored guests, a long list of high-ranking military officers march in the leading group—a rare occasion to see them all together at the same time.  Maybe you can take note of who commands our forces.

And then there’s the couple of Irish wolfhounds to the front. They’re the tallest breed on earth and loyal hunting company to Irish for 9,000 years, some say.

The whole parade keeps the decorum. There are no floats, no disco music, but an incredible lineup of marching bands, pipe bands, and drum bands showcasing all the efforts put into preparation. Not to mention the endless cohorts of seemingly every uniformed force in the country.

For over 250 years, the parade never deteriorated and in all its grandeur maintains a sober pride.

One of the greatest satisfactions may be that the parade represents the Irish just as well as they have represented themselves.

Not A Fan of Green Eggs and Ham? Try these 5 Green St. Patrick Day Desserts

In Dublin, Ireland, the “Paddy’s Day” parade used to be nothing short of a spectacle about a decade ago, according to Domhnall O’Huigin from Dublin.

“Back in the day you’d get a couple of flatbed trucks with the name of a semi-state company hastily stenciled on the side and a few bales of hay on board (representing rural Ireland of yore or something),” he described in a 2013 Quora post.

These days, the Dublin parade sports a lineup of jazzy floats and street performers. They draw the crowd, but perhaps represent the pride of Irish just as much as the New York Macy’s Thanksgiving Day Parade represents the pride of our forefathers.

Of the 14 marching bands that are going to participate in this year’s St. Patrick’s Day Parade in New York City, one is Irish and 11 are American.

That’s not to say Ireland doesn’t know how to throw a parade, but it does make the New York one stand out.

The parade starts at 44th Street and Fifth Avenue at 11 a.m. and marches up the avenue to 79th Street where it concludes around 5:00 p.m.