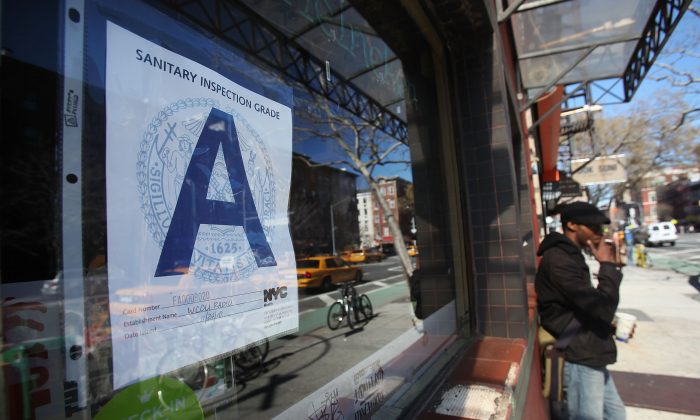 The restaurant owners, who filed their lawsuit last week in the state’s Supreme Court, claim that the NYC food and beverage industry is suffering irreparable harm from the indoor dining ban that is still imposed on the city, despite it being lifted in other parts of the state.

The restaurant industry had been greatly impacted by the lockdown measures issued to curb the spread of the Chinese Communist Party (CCP) virus pandemic earlier this year. As the state moved into its re-opening phases, restaurants in New York state were able to reopen indoor spaces at half capacity since the middle of June, but New York officials postponed the reopening of indoor dining for the city indefinitely.

Both Cuomo and de Blasio have expressed caution about reopening the city for indoor dining, saying that there has been a link between indoor dining, nightlife, and the spread of the CCP virus.

“Unfortunately, bars, indoor restaurants, nightlife have been a huge nexus for the coronavirus, particularly resurgences of the coronavirus. So, I’m very cautious on this point,” the mayor said.

The lawsuit (pdf) is spearheaded by an Italian restaurant Il Bacco—which is situated on the border of Little Neck, Queens, and Nassau County. It argues that Cuomo and de Blasio have enforced policies that have led to “catastrophic” losses or revenues, leaving over 150,000 workers in the industry unemployed.

Il Bacco’s lawyers pointed out that because their client is located in Queens, New York, it is dangerous to eat there, according to Cuomo, but it is safe to travel five hundred feet or one city block east of Il Bacco into the neighboring country and eat indoors, according to the lawsuit.

The ban, the lawyers claim, violates the restaurant owners of their constitutional rights while adding that Cuomo and de Blasio “have unilaterally suspended civil liberties and announced that this state of affairs will continue even over the Legislature’s objection.”

“Governor Cuomo’s executive orders are unprecedented. For the first time in our State’s history-indeed, in our nation’s history-the State government is mass quarantining healthy people instead of the sick. As a free people, we have the unalienable right to pursue happiness, which includes the freedom to make our own choices about our safety and welfare without unconstitutional interference,” the lawyers wrote.

The restaurant owners are seeking $2 billion in compensation and a declaration that New York’s executive orders violate their constitutional rights. They also seek a preliminary injunction to block the city from enforcing the executive orders.

Cuomo and de Blasio have faced widespread pressure over their decision to keep the indoor dining ban on NYC restaurants. De Blasio indicated in a press briefing earlier this week that a decision about indoor dining would come in the next few weeks.

“We’ve been honest with the restaurant industry about the challenge. But I’ve also heard back that folks just want a final answer so they can make their plans up and down. I think it’s our responsibility to give them as clear an answer in the month of September as possible of where we’re going. If there can be a timeline, if there can be a set of standards for reopening, we need to decide that in the next few weeks and announce it, whether it’s good news or bad news…We owe the industry as clear an answer as humanly possible soon, but it’s always going to be about health and safety first,” he said.