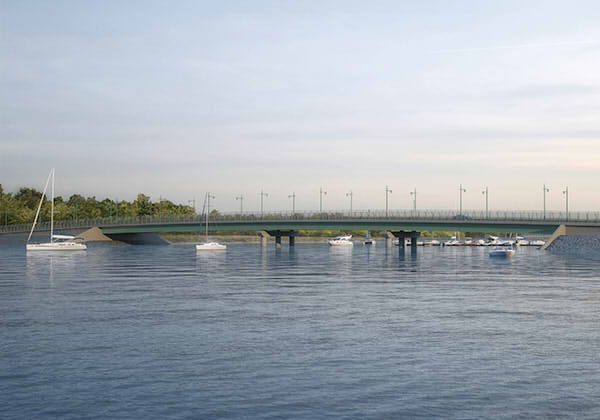 The Department of Transportation maintains the bridge and will go through a federal, state, and local approval process and reviews. Community leaders and elected officials met with DOT Friday, giving approval to the proposed design.

“After years of fighting for a replacement bridge that fits the unique and historical character of City Island, I am thrilled that our community can finally give our stamp of approval to the proposed bridge design,” stated State Senator Jeffrey Klein. ““From the beginning, Mayor de Blasio and DOT Commissioner Trottenberg listened to our concerns and swiftly delivered a 21st Century bridge in keeping with the majestic charm of City Island.”

Residents of City Island had strongly opposed an earlier design of the bridge, said Bronx Borough president Ruben Diaz Jr. “Today’s announcement is a major victory for the people of City Island and for the entire Bronx.”

Barbara Dolensek, 2nd Vice-President of the City Island Civic Association, commended the new design for being compatible with City Island’s low-rise, historic character without obstructing the views and aesthetic of the Pelham Bay Park and Eastchester Bay.