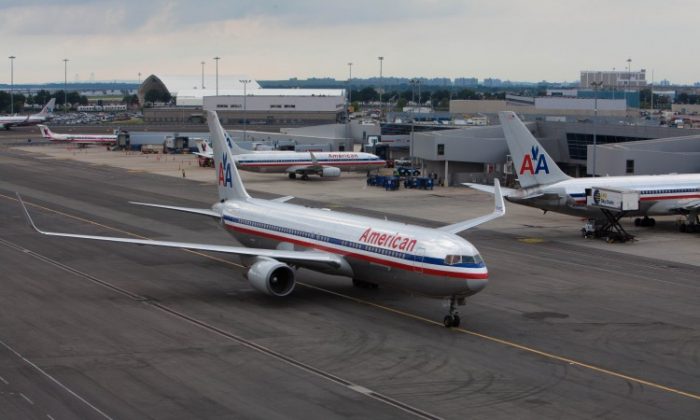 An American Airlines plane prepares for takeoff at the JFK airport on Aug. 14 in New York City. (Benjamin Chasteen/The Epoch Times)
US

NEW YORK—The month of August saw the most passengers on record coming and going from airports in the New York Metropolitan area.

A total of 10.8 million travelers passed through the region’s three airports—JFK, Newark Liberty, and LaGuardia—exceeding the previous record, 10.7 million passengers, set in August 2007.

“The high growth in passengers at our airports is good news for the region’s economy,” said Pat Foye, executive director of the Port Authority of New York and New Jersey—the entity that operates the region’s three airports.

“If our airports are economic engines, then passenger traffic is the fuel that makes them go,” Port Authority Deputy Executive Director Bill Baroni said in a statement.