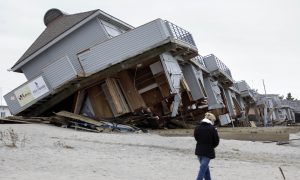 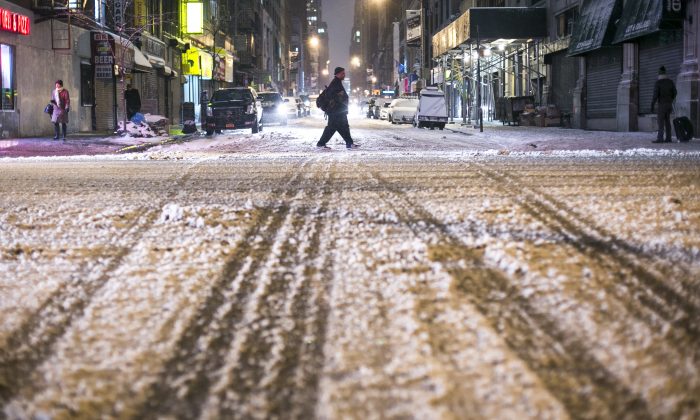 During a snowstorm last February that brought more than a foot of snow to New York City, the new mayor was strongly criticized for keeping schools open and failing to plow streets in Manhattan’s Upper East Side.

This time around, Mayor Bill de Blasio made sure not to get caught flatfooted. He would play it extra safe.

A rare travel ban was ordered, prohibiting non-emergency personnel on the streets after 11 p.m. Monday and shutting down schools. Public transportation was suspended too and people left work in droves to get home before the worst hit.

But the worst never came.

NYC Didn’t Get Snowed In, But Most People Still Got the Day Off (Photos)
Humble Meteorologist Apologizes for Getting it Wrong on Mega Blizzard

Given that Winter Storm Juno passed by the city doing minimal damage, will New Yorkers cry foul the next time the mayor prescribes precautionary measures prior to a storm?

De Blasio justified his actions at a press conference Tuesday, saying it was best to err on the side of caution.

He added that after Superstorm Sandy, more New Yorkers are now aware of the potential dangers of a severe storm. Despite little damage from Winter Storm Juno, he is confident they will heed future warnings that the city issues.

Many lost their homes during Sandy, or knew someone who did. “It’s becoming something that lots of families have personal experience with. At this point, people recognize storms are an unpredictable thing,” the mayor said.

“I think that’s why people took precautions yesterday,” de Blasio added, referring to Monday night’s travel ban.  Both the sanitation and police departments reported that city streets were mostly cleared of vehicles during the ban.

“I think the consciousness is changing. They want their families to be safe. They’re heeding the warnings and taking them seriously,” said de Blasio.

The Impact of Irene

The mayor compared the city’s latest reaction to when Hurricane Irene descended on the city in 2011, when “it was unimaginable a couple years ago to have such extreme weather.”

The city shut down its mass transit in advance and issued evacuation orders to residents near the coastline, but the city ended up largely unscathed.

When Superstorm Sandy hit, many residents didn’t heed the evacuation order, thinking it would be another miss. The results proved disastrous: some who remained in their homes died of drowning when flood waters rushed in.

De Blasio said the city will be forceful in future warnings about storms and evacuations. “It’s going to be constantly reiterated,” he said. “It’s about sending a very clear message up and down the line.”

He felt that the city didn’t do so in December 2010, when a heavy blizzard left more than 20 inches of snow in the city. Unplowed streets crippled traffic and mass transit for days. Many criticized then-mayor Michael Bloomberg for mishandling the city’s preparation.

De Blasio called the 2010 storm a “mistake of underestimation.”

“[N]ot preparing early enough, not giving a clear message to people, not assuming the worst, not having the right leadership, and the right personnel and material in place. We err on the side of caution and safety,” he said.