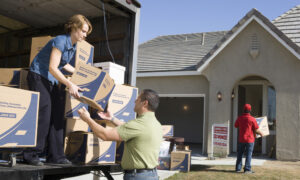 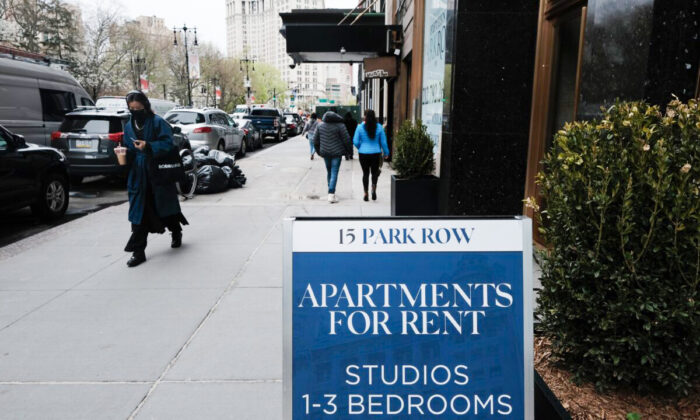 New York City is now the most expensive place in the country to rent a one-bedroom apartment, upsetting the primacy of San Francisco in this category, according to a report by renting portal Zumper.

In early 2019, the price in San Francisco was more than $800 higher than in New York City. The gap started to narrow later that year, before the COVID-19 pandemic shook things up.

“When the pandemic hit, San Francisco and New York were the two most affected cities at the outset,” the report said.

“Renters in both cities left in droves, as work-from-home policies allowed residents to escape strict lockdowns. Apartment vacancies piled up, and rent went into free fall.”

San Francisco, however, was hit much harder. By January 2021, median one-bedroom rent had fallen over 23 percent compared to pre-pandemic March 2020. In New York City, the drop was less than 18 percent.

The difference has been particularly striking since January. While the New York City rent price rebounded by nearly 20 percent and is now just 1.4 percent below its March 2020 numbers, in San Francisco, it rose less than 5 percent and remains 20 percent below March last year.

The report points to differing reasons for people moving into the cities in the first place.

“The wealth that’s flowed into the Bay Area as a result of tech industry success has long made San Francisco the most expensive city in the country in which to rent,” it said.

That has now changed.

“Tech companies are more likely to have adopted broad or permanent work-from-home policies. This allows those workers to live anywhere they want, and many of them have decided they don’t want to live in San Francisco.”

New York City, on the other hand, seems to have been relatively successful at bringing people back.

“People returned to New York as indoor dining and other urban amenities that make the city popular became available again,” the report said. “Rent began to rise as a result.”

Nationally, rents were up about 9 percent in August, compared to the second quarter of 2020, for one-bedroom units, partly driven by the real estate market boom, according to the report.

“As home prices have risen and bidding wars exploded, renters who would otherwise be buying properties have been priced out or gotten exhausted with the competition in the housing market,” it said. “Others suffered economic hardship and had to tap into what they’d been saving for a down payment just to make ends meet. The number of people in these positions has built up over the course of the pandemic, slowly putting upward pressure on rent. The dam seems to have broken in 2021, as the national index has hit new all-time highs all but one month of this year.”

Another reason it points to is the economy recovering from the pandemic recession.

“As the economy has improved and unemployment has fallen, people who are making more money have also been deciding to move,” it said. “Those who moved in with family during the pandemic are moving out now that they have jobs or schools to return to.”