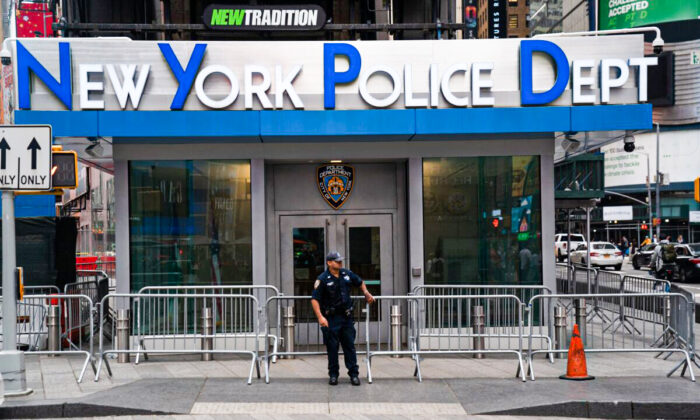 A 13-year-old boy took a bullet to the neck while on his way to school in New York City when a man who was on parole for previous gun violations fired at him.

Khamani Garrett was on his way to school in the Bronx area of Wakefield when Hubert Wiggs walked up to him fired the shot. Garrett survived after being rushed to the nearby Jacobi Hospital, the authorities said.

Wiggs, 36, was out on parole for a firearms and illicit drug-related conviction in 2010, and also on bail for possession of an illegal firearm in 2019, NYPD Assistant Chief Kenneth Lehr said in a Tuesday press conference.

“This individual today is on the street while on parole for a firearm, while out on bail for another firearm,” Lehr said. “And today he’s walking around the Bronx with a firearm. And we have a 13-year-old boy shot in the neck.”

The officials arriving at the scene saw a man putting an object on the ground before picking it up, which was determined to be a six-shot revolver, the police said.

Wiggs was taken into custody and now faces new charges related to the shooting, including attempted murder, criminal possession of a weapon, reckless endangerment, and assault, Fox News reported.

Lehr added that these incidents continue to occur and that this shooting “should not have happened.”

NYPD Commissioner Dermot Shea wrote on social media that this would be “a very different story” if the bullet wound was just 1 more inch to the side.

The shooting took place at around 7:30 a.m. on East 223rd Street, near Bronxwood Avenue in the Bronx, police said.

New York’s latest bail reform law, introduced in January 2020, allowed most of those accused of misdemeanors and nonviolent felonies to be automatically released before trial.

While the purpose of the original bail reform was to reduce the number of people jailed while waiting for a trial because they could not afford bail, critics have noted that the law has contributed to increases in crime.