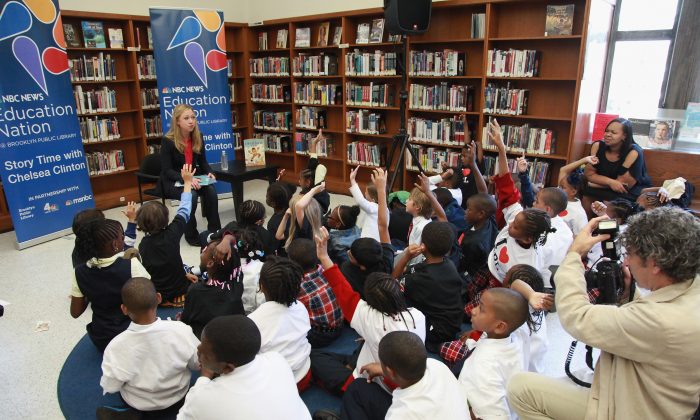 NEW YORK—New York City’s 207 public libraries need $812 million over the next decade to install new elevators, replace broken roofs, and fix other problems stemming from aging infrastructure, according to a report by the Center for an Urban Future.

The authors of the report argue that library funding, based on city council members’ individual discretion rather than the “empirical assessment of building needs,” has been “woefully insufficient.”

Between 2004 and 2014, the city spent $503 million on building improvements for its public libraries, 57 percent more than the previous 10 years, but the report states that the system is still “on the verge of a maintenance crisis.”

“The needs are far too great for individual council members to meaningfully address their branches. They can do half a million dollars here, half a million there. But the minimum to fund a state-of-the art library is $20 million. There’s no way for a council member to put that together,” Councilman Jimmy Van Bramer stated in the report.

The report called on the de Blasio administration to set aside $1.1 billion in capital spending for libraries in the next 10 years—$278 million for expansion on top of $812 million in maintenance—double the spending of the last 10 years.

A spokeswoman for the mayor said that he and “the City Council increased capital funding for libraries, and Mayor de Blasio also ended the budget dance, which held library funding hostage in prior years.”

The capital budget for the 2015 fiscal year allocates $229 million for libraries, up from $205 million in the previous year, she said.

Overused electrical systems, lack of accessibility for the disabled, leaky roofs, and ventilation problems are the most common afflictions cited in the report.

“At [a library in] Brooklyn Heights, the doors are often closed early because the HVAC system can’t keep the interior temperature at a comfortable level,” the report said, and at Brighton Beach, rows of computers have to be moved every time it rains because of a leaky roof.

The report follows the Brooklyn Public Library’s decision to sell off its Brooklyn Heights branch to developers in order to raise funds for $300 million in deferred renovation repairs. The City Planning Commission is expected to certify the sale late this year.

The developers are expected to replace the library with a mixed-use building featuring retail, affordable housing, and a replacement library at 20,000 to 30,000 square feet, one-third to one-half of the library’s original size.

New York City’s public library system had 36 million visitors in the 2013 fiscal year and enrolled 2.4 million people in public programs, including English language classes for immigrants and film editing workshops. Attendance has shot up 46 percent between fiscal years 2003 and 2013.

“Despite dwindling budgets, these performance numbers have been growing rapidly over the last decade,” the report stated.