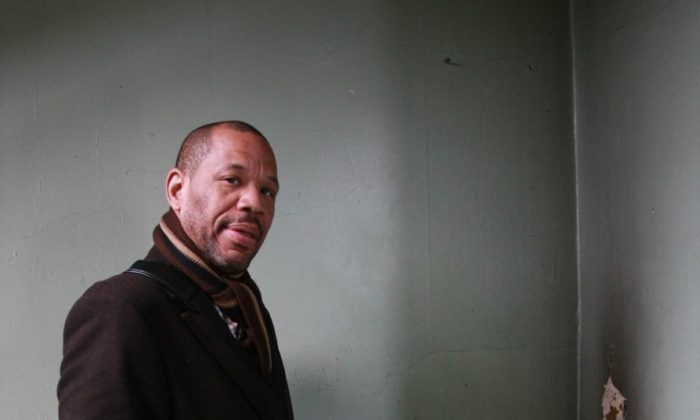 Nehemiah Bey of the Northwest Bronx Community and Clergy Coalition stands in the hallway of a grossly neglected residential building in the Bronx in this file photo. (Tara MacIsaac/The Epoch Times)
US

NEW YORK—Building owners will have to make repairs or the city will do it for them then saddle them with the bill.

Under legislation passed Wednesday, after building owners receive an order from the Department of Housing and Buildings to make a repair, they have four months to do it. If they don’t, the city will step in and fix it, then sue the landlord for reimbursement.

“We’re sending a clear message that when there is an underlying condition … you got to fix the root of the problem, you cannot patchwork it,” said Councilwoman Gale Brewer, who crafted the bill.

Civil penalties for building owners are $1,000 per apartment affected by the work not being done.

The buildings targeted by the new law are ones where landlords repeatedly make surface repairs to big problems, such as throwing a piece of plaster over a gaping hole in the roof, according to officials and tenant organizers.

Some tenants never see relief from these problems, making them and their families sick, said Kerri White, director of organizing and policy at the Urban Homesteading Assistance Board. Mold is a big issue, either from leaks in the bathroom and kitchen or walls not being properly pointed.

“The landlord will come, paint over the mold, and they’ll say the problem is fixed,” said White. “Then the mold comes back in a few weeks.”

“You should be forced to make the proper repairs to deal with that issue. You shouldn’t make a repair that you know can hurt a tenant down the line,” White added.

Officials couldn’t say how many landlords would fall under the bad landlord category, but City Council Speaker Christine Quinn said that once word started spreading about the new law, many bad ones would start cleaning things up.

The Council of New York Cooperatives & Condominiums, a membership organization and lobbying group for landlords, didn’t return a phone call before press deadline.

Kymm Moore was living in a dilapidated building in the Bronx, where there were water leaks, mice, and holes in the floor, she said. She asked the landlord directly more than 50 times to fix the problems and called 311 more than 40 times, but she was eventually forced to move to a new place, in Upper Manhattan.

The landlord told her that he couldn’t fix the problems because the building was being foreclosed.

“He just didn’t want to do anything,” Moore said. He thought the city would eventually come out and do the repairs, she added.

The law will take effect 180 days from Jan. 9. Between now and then the Department of Housing Preservation and Development has to outline a set of rules and other specifics.