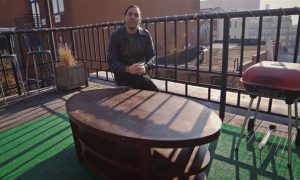 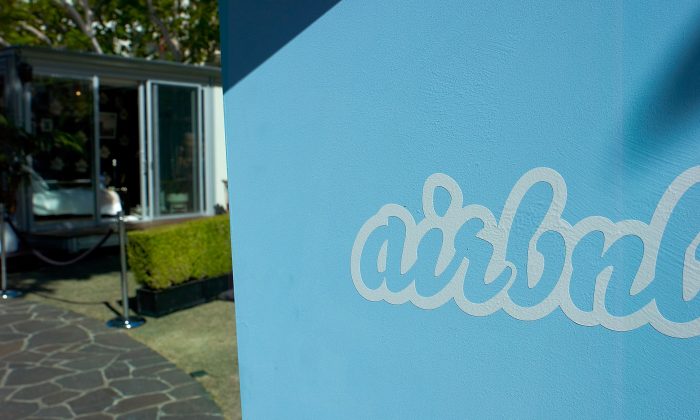 Affordable housing advocates are banding together Friday to launch a campaign against the Airbnb ads plastered throughout subway stations in New York City.

The ads are misleading according to the Real Rent Reform coalition, which formed to combat illegal hotels.

“The problem of illegal hotels predates Airbnb by many years, but Airbnb makes the problem more difficult,” said Matthew Abuelo, a steering committee member of the West Side Neighborhood Alliance (WSNA).

Typically, an illegal hotel is run by a landlord who stands to make higher profits by renting out apartments to a constant stream of tourists, rather than to a long term resident.

A residential building is then used as a commercial hotel, putting a dent in the housing supply and raising rents in the neighborhood.

It is also easy to see why neighbors of these units would take issue with this short term renting—tourists are noisy, the increased volume of people moving in and out is considered a fire hazard, and then there is the worry of being pressured to leave so their own apartments can be converted into more illegal hotel units.


New York City has struggled with the problem of illegal hotels for over a decade, resulting in a state law that prevents most renters from subletting their apartments for under 30 days unless the tenant is also present. Yet, about two-thirds of the hosts using Airbnb are doing just that, according to the State attorney general office’s estimates.

Now it’s not just landlords and tenants at odds with one another, but neighbors are pitted against each other as well, Abuelo said.

Airbnb is a platform that allows people to easily rent their rooms and homes to other people. It’s active in 190 cities and has thousands of listings in New York City.

The San Francisco-based company has run into trouble with local laws in several cities, including tax issues on the West Coast and illegal hotels in New York City.

Airbnb, for its part, has stated its compliance and willingness to work with the attorney general’s office to stop bad actors.

It agreed to turn over anonymous data on its hosts to the attorney general, and provide personal information if specifically requested. Prior to that, it deleted about 2,000 accounts of users with several listings.

Recently the attorney general asked for the information of 124 hosts, but a lawsuit filed by a group of over 20 hosts against Airbnb is delaying the request.

Even so, the company understands it inherently disrupts existing laws, using residential space like a hotel.

At a TechCrunch Disrupt SF talk this week, Airbnb CEO Brian Chesky said “The big misnomer about hotels is that they own hotels. Their model isn’t that different from ours. Hotels are basically like a franchisee—we are, but more decentralized.”

Airbnb is only one part of the illegal hotel problem the coalition wants to tackle, but a great first step would be more disclosure coming from Airbnb, according to Abuelo.

It is technically possible for Airbnb to operate in compliance with all laws in New York.

“But I think it’s very hard to regulate,” Abuelo said.

The coalition is calling on officials and Airbnb to clearly explain the multiple dwelling laws (which prevent short-term rentals in many types of housing) in the advertisements. They also want Airbnb to include a disclaimer that some leases do not allow tenants to sublet their apartments, and thus the tenant could be evicted for using Airbnb.

“Basically the coalition is against the further deterioration of rent regulated housing,” Abuelo said.