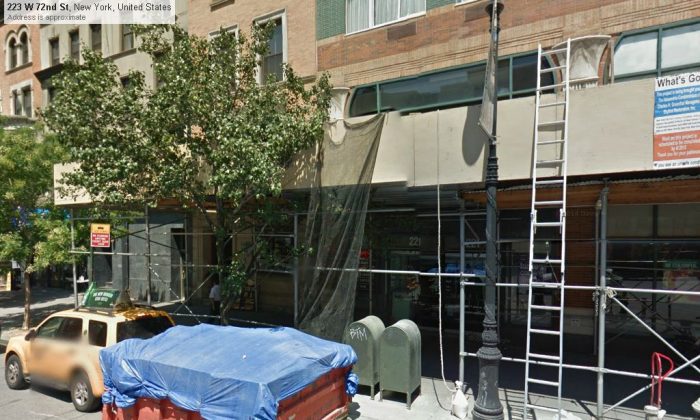 NYC Homeless Man Freezes to Death on the Street

A homeless man in New York City apparently froze to death this week during the recent spell of cold weather.

The body was discovered at the entrance to Westsider Records on Upper West Side in Manhattan, reported the New York Daily News. The report said he was found lying face down on the steps of the store, which is right next to a funeral home.

Witnesses told the Daily News they saw people trying to walk over or around the corpse.

Bruce Edar, 59, said no one should have been outside during the weather. “It’s horrible, a night like last night,” he said. “Anyone in that condition should had been picked up and put in a shelter.”

A customer told the paper that she was “shocked” people were trying to walk around the dead body.

But a local resident said a woman knocked on her door and told her that a man had died outside.

“He wasn’t there very long,” the resident said, according to the New York Post. “She saw him seated there at 8:45 a.m., and when she left at 9, he was face down on the steps.”

Temperatures got down to the single digits on Wednesday night, and Thursday isn’t looking much better.

The death comes as a report said more than 60,000 people are homeless in the city.

“We commit to ending chronic veterans homelessness by the end of this year. Those who fight to protect our freedom abroad should never be left without a home,” Mayor Bill de Blasio was quoted by AFP as saying.