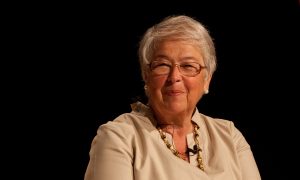 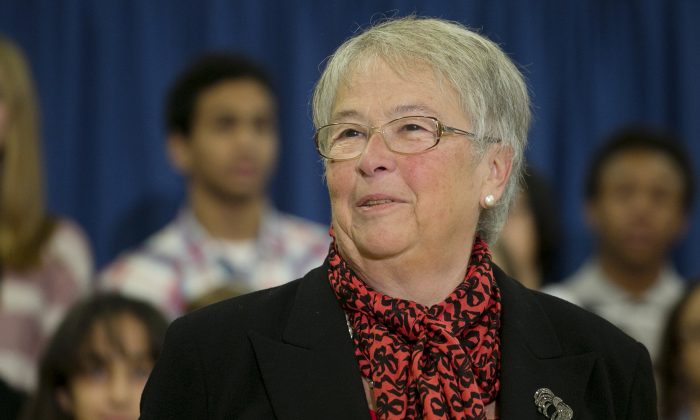 NEW YORK—Mayor Bill de Blasio announced Wednesday that his administration has met its goal of enrolling more than 53,000 children in full-day prekindergarten classes.

De Blasio said the pre-K program that has been his signature initiative is “changing children’s lives.”

According to numbers released by the city, 53,230 full-day pre-K seats are filled, up from 19,163 last year. The city plans to offer free, full-day pre-K to every child by next year, with the addition of 20,000 seats.

“We are well on our way to providing every child with the right start in their education, so they can succeed in school and in life,” said de Blasio, who joined Deputy Mayor Richard Guery and other officials for a news conference at the Spruce Street School in lower Manhattan.

The officials met with nearly 20 prekindergarteners gathered around a table in a bright, modern classroom. Led by their teacher, the children tried out warbling vocal sounds that reflected a squiggly line, then emulated the sound of a racecar.

“Wow,” de Blasio commented, giving one girl a high-five. “That is excellent.”
The teacher, Al Long, said his students have been studying the art of Wassily Kandinsky to inspire their own creations.

Children are learning at nearly 1,700 sites at public schools and community-based early childhood centers across the five boroughs. Thousands of teachers are participating in the so-called Citywide Professional Development Training, specifically for pre-K, while teams from the Department of Education visit each program to evaluate standards.

“Pre-K offers a critical and irreplaceable academic foundation for our 4-year-olds, and that’s why this expansion is so important,” said city Schools Chancellor Carmen Fariña. “In pre-K classrooms across the city, 4-year-olds are developing social and literacy skills, expanding their vocabulary, experimenting with science projects, being exposed to new books and materials—new worlds—that they just can’t get if they’re not in school.”