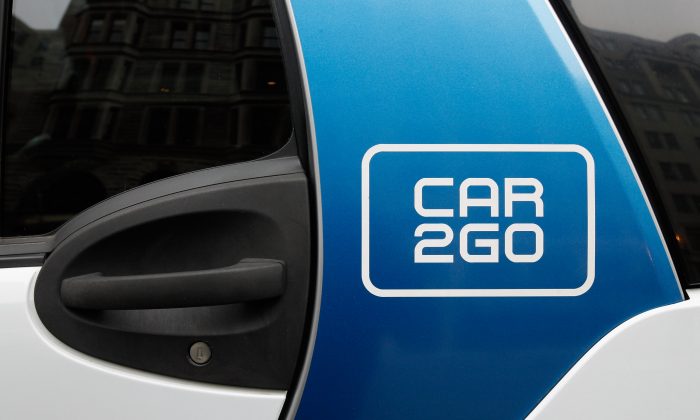 Starting late October, people who live and work in Brooklyn can commute by car with nearly as much ease as public transportation. They can pick up one of the 400 white, two-person smart cars accessible by membership card, drive it to their destination, park the car, and just leave it.

After a year of back and forth of negotiations with the city over parking, the service will cover a 36-square-mile area, or about 37 percent of Brooklyn. Members can drive the cars out of the service area, but have to come back and park in service areas.

The Zipcar-like service will be the first in New York City to keep its fleet on the street. Members can park in any un-metered spot, or just pay the meter while they park there for a stopover. Drivers are still subject to street sweeping rules and will get a ticket for parking in areas with signs prohibiting it.

According to Washington Post, Car2Go has secured metered off-street parking lots and garages as well and parking negotiations are still ongoing.

Some cities, like San Francisco, charge a fee for residential parking permits.

In New York City public curbside spots are free but can be hard to find.

“Most of the public transportation is based on moving the community into Manhattan and not really into different Brooklyn neighborhoods,” Thomas McNeil, Car2Go’s location manager for Brooklyn, told the Washington Post.

“People are moving farther away, Brooklyn is more popular. They’re going to be able to get into communities they weren’t able to access before.”

Car2Go is in 15 cities across the United States and Canada, with 6,000 vehicles. It launched in Austin, Tex., in 2010, and members take 25,000 trips daily in North America according to its website. The service currently has over 850,000 registered members across seven countries.

Earlier this month Car2Go bought the transportation app RideScout, which lets users put in their location and get a look at all the costs of the variety of transportation options available to them.