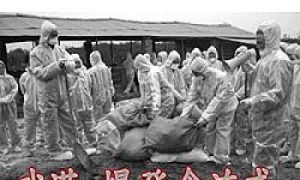 Originally choreographed for a 1975 production of the opera “Faust,” this ballet is now being performed for the first time as an independent work by New York City Ballet. The “Walpurgisnacht Ballet” portrays the beginning of the opera’s last act, when Mephistopheles takes Faust to see the traditional celebration on May Day’s eve.

The performance starts at 8 p.m. on Saturday, Jan. 29. Tickets are between $20 and $125. For more information, visit nycballet.com.

Violin virtuoso Joshua Bell will perform to pianist Sam Haywood at Alice Tully Hall of Lincoln Center at 5 p.m. on Sunday, Jan. 30. Part of the center’s Virtuoso Recitals series, Bell will perform works including Brahms’s "Violin Sonata No. 2 in A major," Schubert’s "Fantasy in C major," and Greig’s "Violin Sonata No. 2 in G major." Bell, who has captivated audiences from around the world for two decades, was named 2010 Instrumentalist of the Year by Musical America, a leading online-based publication for the performing arts.

Ticket prices range from $152 to $252. For more information, visit new.lincolncenter.org.

Beethoven for the Indus Valley

Benefiting those whose lives were devastated by the floods that struck Pakistan in 2010, Music for Life International and American Pakistan Foundation are presenting “Beethoven for the Indus Valley,” a concert of “life and renewal.” The concert features distinguished musicians and masterpieces including Beethoven "Symphony No. 9 in D minor."

’The City of Greater New York: The Story of Consolidation’ Screening and Q&A

New Yorkers may know how big their city is, with its five vast boroughs, but not everyone knows how the Big Apple’s five boroughs came into being. Historian Michael Miscione will host a screening for his award-winning documentary that tells the true and captivating story of how what we now know as New York City came into being. "The City of Greater New York: The Story of Consolidation” will be screened on Wednesday, Feb. 2, from 7 to 8:30 p.m. The video features various historians, filmmakers, and descendants of Andrew Haswell Green, the forgotten “Father of Greater New York.”

The Brooklyn Botanic Garden is featuring a rare exhibit of some of the most enduring trees in nature. Bonsai with twisted branches and gnarled trunks will be highlighted to demonstrate the challenges plants must face in unpredictable environments.