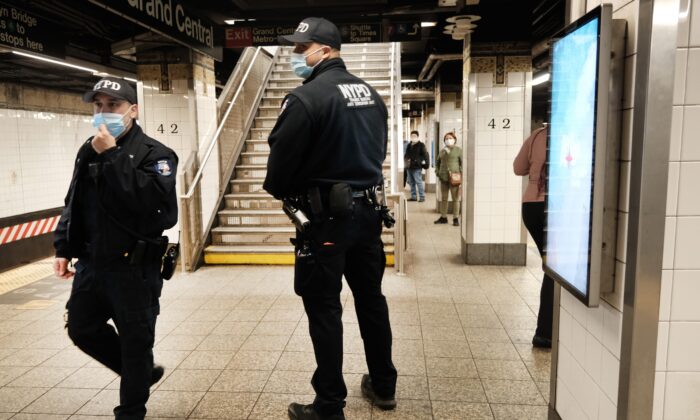 New York has switched last year’s decade-high murder total for a decades-high increase in major theft and serious assaults. Car thefts, robberies, and burglaries are also on the rise.

The New York Police Department recorded more than 29,000 major thefts (more than $1,000 in value stolen) by the end of July—the most since 1998 and up by nearly 50 percent from the same period last year. Felony assaults, defined as causing potentially life-threatening injury, increased by nearly 20 percent, reaching more than 15,000, the most since 2000.

New York is the only U.S. state with a law that blocks judges “from considering the danger an offender poses when deciding whether or not to set bail,” according to an Aug. 3 statement from Adams’s office.

Recidivism rose markedly in the wake of the reform, according to Adams, a Democrat who ran for mayor partly on improving law enforcement.

A quarter of burglary suspects arrested in 2022 committed another felony within 60 days, he said, up from less than 8 percent in 2017.

For grand theft suspects, the 60-day recidivism rate rose to nearly 17 percent from 6.5 percent in 2017.

The state’s lawmakers and New York Gov. Kathy Hochul agreed in April to tweak the rules to allow judges to set bail for a somewhat wider range of crimes, such as gun-related crimes, hate crimes, and repeat theft offenses.

However, police officers have complained about other issues as well, such as a general disrespect toward the profession, as well as the city’s change in use-of-force rules a few years ago that outlawed some martial arts techniques extensively used to safely subdue resisting suspects.

Since 2019, the city has lost more than 2,000 police officers, with retirements slated to be the highest on record, the New York Post reported in June.