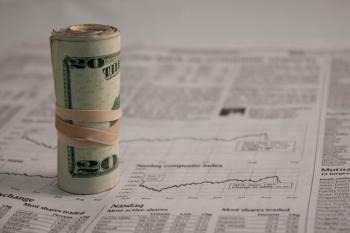 The PATH Act would prevent the Department of Sanitization from fining small businesses thousands of dollars in fines. (Cliff Jia/The Epoch Times)
US

By Helena Zhu
Print
Speaker Christine Quinn and Councilwoman Elizabeth Crowley introduced a new bill on Wednesday at a City Hall press conference, in an effort to protect small businesses from thousands of dollars worth of fines.

“Too often, we witness the middle class being unfairly punished just so the city can make a buck,” said Crowley, who will formally introduce the legislation, the “Protection Against Ticket Harassment (PATH) Act,” at a Stated Council meeting on Oct. 14.

New Yorkers who post signs on city property are subject to one fine for each poster from the Department of Sanitization, which can result in high fines if they post multiple posters. The rule is particularly unfair to first-time offenders who are unaware of the law, said Quinn.

In June 2008, three Maspeth-based organizations, the Kwanis Club, the Chamber of Commerce, and the Lions Club, were fined for posting advertisements for their annual street fair fundraiser.

The groups raised $16,000 at their street fair, yet $9,600 of those funds went to the Department of Sanitation for their multiple flyers posted on city light poles. Each of the three organizations and the printer were fined $75 per poster.

In another instance, a Brooklyn pet store received 116 tickets in one day for posting flyers on city property, facing $8,700 in fines in October 2008.

“I became disappointed in the Sanitation Department when a small a pet store in my district received 116 city summonses last year in one day,” said Councilwoman Letitia James. “This is ridiculous and unreasonable, and New Yorkers have heard the ‘anti-small business’ message being sent.”

The PATH Act would require the Department of Sanitation officers to provide service of tickets to the violators within five days of their first violation and would limit the fines issued to small businesses or non-profits for posting flyers on city property if they have no similar previous violation.

“With the PATH Act, we’re creating a path to fairness when it comes to ticketing small businesses and non-profits,” said Quinn. “Presenting someone with thousands of dollars in fines before they’ve had a chance to fix the problem is simply irresponsible. With this bill, we’ll prevent small businesses from facing excessive penalties that can be particularly devastating in these tough economic times.”