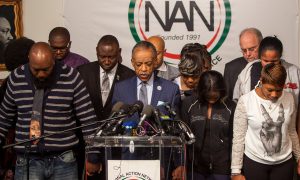 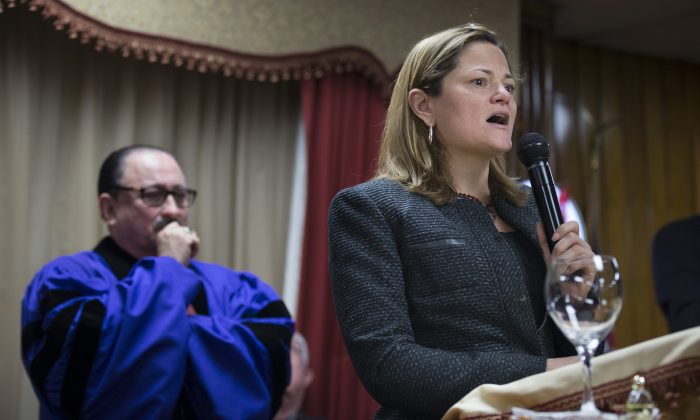 NEW YORK—Lawmakers said Wednesday they will ask the city’s new police watchdog to investigate how police track abuse complaints against officers, calling the request a step in the city’s response to a chokehold death that prompted calls for change.

The inspector general also will be asked to examine what protections whistleblowers are afforded, they said.

“The overwhelming majority of NYPD officers serve honorably and with great distinction every day, and these reforms are about ensuring the actions of a few don’t malign the whole,” Mark-Viverito said in a statement.

But the president of the city’s rank-and-file police union, the Patrolmen’s Benevolent Association, dismissed such remarks as “doubletalk.”

“They praise police with words and then take actions that clearly demonstrate their true lack of support for the very people who protect them and make their communities safe,” association President Patrick Lynch said in a statement.

Since a grand jury declined last week to bring criminal charges against a police officer in the chokehold death of an unarmed man, some council members have been among critics deploring the outcome and pressing for more scrutiny of police.

The NYPD didn’t immediately respond to an inquiry about the plans the council unveiled Wednesday. The chokehold case prompted Police Commissioner William Bratton this summer to order all officers to be retrained on using force.

The inspector general, former federal prosecutor Philip Eure, began work this spring as part of the city’s watchdog agency, the Department of Investigation. The council established the post over objections from the NYPD, which said officers already had plenty of oversight.

The inspector general’s office looks forward to the City Council’s request, spokeswoman Nicole Turso said, noting that the office already has been reviewing questions related to police use of force.

Council members also plan to provide space in their offices for people who file complaints with the city’s Civilian Complaint Review Board to make required in-person statements. Until now, most complainants have had to make their statements at the review board’s Manhattan office during business hours. Chairman Richard Emery praised the idea for “giving us far greater community access.”

The police union denounces the civilian complaint process as a magnet for frivolous allegations. Council aides note that relatively few complaints—about 4,500 so far this year, down 10 percent from last year—result from hundreds of thousands of annual interactions between police and the public.