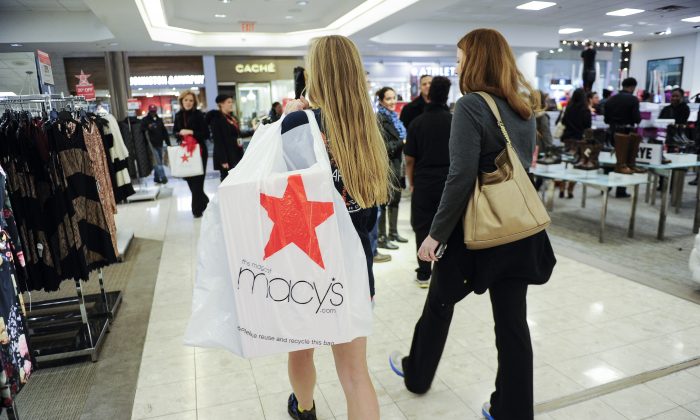 Kate Trimble , 15, left, and her mother Laura Trimble, take advantage of offers of "Black Friday" at the opening of Macy's at Lenox on Thursday, November 27, 2014 in Atlanta (John Amis / AP Images via Macy’s)
News

She stopped by Macy’s and got herself a pair of winter boots for $58, cut down from $80. Next stop was Urban Outfitters. A fan of hats, Stone found three to her liking, all 50 percent off. She didn’t plan to stretch her shopping budget any further though.

Macy’s offers fair Black Friday selection, as usual. Urban Outfitters doesn’t lag behind though–Men’s T-shirts from $9.99, dresses from $29.99, and quite a bit more.