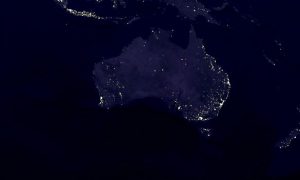 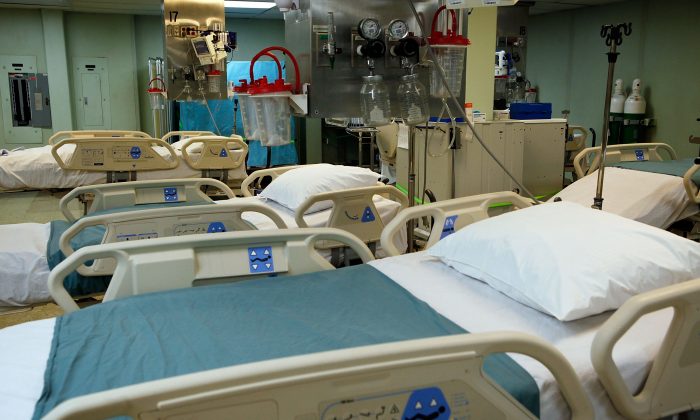 In this file image, beds are prepared in the intensive care unit of a hospital ship on Jan. 15, 2010, in Baltimore, Md. (Alex Wong/Getty Images)
US News

A New York woman is suing the hospital where she kept vigil over her brain-dead brother before she switched off his life support, only to be told two weeks later that she had pulled the plug on a stranger, and her brother was still alive.

Shirell Powell is now suing the Bronx hospital over the mix-up, according to court documents, saying she and other relatives were put through more than a month of unnecessary trauma and grief.

The mix-up at St. Barnabas Hospital was due to two very similar names.

When Freddy Clarence Williams was admitted to the hospital in mid-July, unconscious with brain damage following a drug overdose, hospital staff found what they thought were records of previous treatments, according to the lawsuit. But they had unknowingly unearthed records of a different Fred: Powell’s brother, Frederick Williams.

They contacted Powell and informed her that her brother was in the hospital.

It was only as the family prepared to lay her brother to rest, a month later, that the mix up was revealed.

Powell is now suing the hospital, in a lawsuit filed on Jan. 18, for mixing up the names. The lawsuit alleges that the mixup resulted in ” severe emotional harm and injuries” caused by a month of grieving and the trauma of switching the life support off.

According to the lawsuit, Powell spent the next two weeks by his bedside, and on July 29 authorized doctors to withdraw life support.

“That is my baby brother, so it was really hurtful,” Powell told the New York Post. “I was worried, hurt, crying, screaming, calling everybody. It was a horrible feeling.”

‘We Would Have Been Burying Someone Else’

But over two weeks later, on Aug. 16, the city’s medical examiner discovered the erroneous identification and contacted the family.

“I nearly fainted because I killed somebody that I didn’t even know."

Powell said they were making funeral arrangements when they got the call.

“She called us just in time,” Powell said. “We would have been burying someone else.”

“I nearly fainted because I killed somebody that I didn’t even know. I gave consent,” Powell told The New York Post.

“I was like, ‘Where is my brother? What is going on?’ I was devastated.”

A spokesman for the Bronx, New York, hospital told CNN it doesn’t comment on pending litigation, but that the hospital doesn’t “believe the claim has any merit.”

‘The Social Security Was Off’

“I’ve seen pictures of the gentleman in the bed. He had a neck brace and tubes. Everything was very similar. When a hospital tells you this is your brother and there’s a resemblance, you’re inclined to believe it.”
But that resemblance does not absolve the hospital of wrongdoing, said Dudelson, who claims that it neglected to check details that would have proved that they actually had two men. “The dates of birth were off and the Social Security was off. The names were different,” he said.
One sibling did have her doubts said Powell, who noticed that the figure in the bed appeared to be too big.

“She walked up into the room and said, ‘That is not my brother,’” Powell said, according to The Associated Press. But the man looked similar enough for them to dismiss the concerns.

One of Frederick Williams’s two teenage daughters came from Virginia to say goodbye.

The real Frederick Williams is currently being held at a correctional facility on Rikers Island, according to media reports, awaiting a court date for a misdemeanor assault charge.