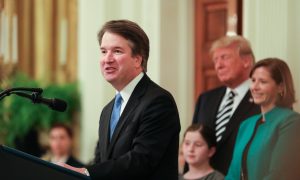 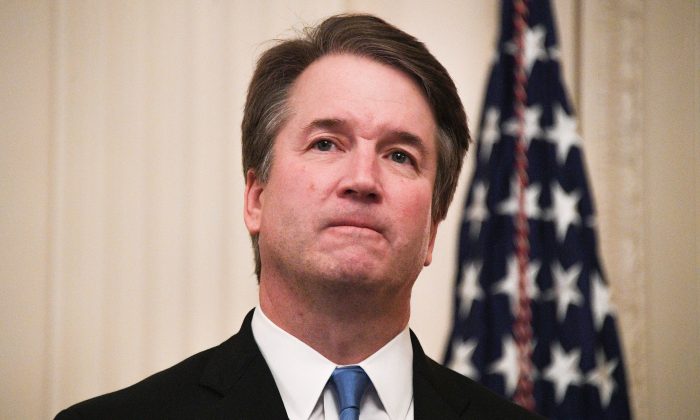 New York Times reporters Robin Pogrebin and Kate Kelly have blamed editors for leaving out of a story crucial information that undermined an allegation against Supreme Court Justice Brett Kavanaugh.

However, the same day they made that assertion, they gave an on-air interview about the story without noting the information.

Pogrebin said in an interview late Sept. 16 that editors were at fault.

“It was just an editing—done in the haste of the editing process,” Pogrebin added.

Pogrebin said that she and Kelly didn’t intend to mislead and pushed for the correction to be added because “there was so much heat.”

In their book, “The Education of Brett Kavanaugh,” the reporters rely heavily on one person, attorney Max Stier, for the new allegation. The reporters failed to mention that Stier, now the head of a nonprofit, had been a defense attorney for former President Bill Clinton.

An excerpt of the book was published in the New York Times book section on Sept. 15, but didn’t alert readers that in response to Stier’s claim of having witnessed a sexual assault incident during a Yale party in the 1980s, friends of the woman in question—who the reporters identified in the book, but not the newspaper story, without her consent—told them that she doesn’t recall the alleged incident. She also declined to be interviewed.

In another interview published on Sept. 16, the reporters failed to mention what friends of the woman told them, forcing the interviewer to tell listeners herself.

“Our interview was recorded last Thursday. Over the weekend, the [New York] Times published an article Pogrebin and Kelly adapted from their book that led to calls for Kavanaugh’s impeachment. The article included the new allegation we were just talking about based on a statement by Kavanaugh’s classmate Max Stier,” said NPR host Terry Gross.

“The New York Times later added an editor’s note that the female student, the alleged victim of the incident, declined to be interviewed. And friends say she doesn’t recall the incident. That information was included in the book but not in the original Times article or in our interview.”

Neither reporter has posted on Twitter about the major correction added to their book excerpt as of press time. Reporters with the newspaper frequently post on the social media platform, and Kelly and Pogrebin have been using it to hype the article and the book.

James Dao, the paper’s deputy editorial page editor, answered a series of reader questions on Sept. 16 about the book excerpt, but didn’t say why the information wasn’t initially included in the article.

He did answer a question wondering why the accusation was included at all. The question was, “Given that the woman who was said to be involved in the incident refused to be interviewed, and her friends have said she doesn’t remember what happened, why did you include that accusation in the essay?”

“The essay included a previously unreported claim,” Dao said. “During the authors’ investigation, they learned that a classmate, Max Stier, witnessed the event and later reported it to senators and to the FBI. The authors corroborated his story with two government officials, who said they found it credible. Based on that corroboration, we felt mentioning the claim as one part of a broader essay was warranted.”